Three magenta riders rolled up to the start line to join 200+ others for the 2020 Mansfield Road Club Big Red Ride this morning in brilliant sunshine but a bit of breeze otherwise known as Storm Jorge.

The three riders were Jon Brough, David Lee and myself, Martin Bagshaw. We had a brief discussion about the inevitable head wind for the ride back into the headquarters and how we would need to work together to get back, I had a different plan where Dave and Jon would work together to get the Club Chairman back in one piece!

Before long it was time to get the first wave of riders away and we waited our turn at the back finally getting away in the last group of riders after a chilly 10 minutes. Left out of the Head Quarters heading for Market Warsop but within the first mile the rider in front suffered a broken chain! Nothing we could do, his mates stopped so we carried on but we did commented that at least it was only a short walk back to the start, it would be a nightmare to have a mechanical 30 miles in to the ride, mmm wouldn’t it just.

The first 12 miles were on familiar roads, blessed with a tailwind through Budy, Thorsby, Bothamsall and Walesby while the different groups swapped places and stories until we took a right turn onto relatively new roads and little villages, well new to me! At 16 miles at Egmanton we took our first turn into Jorge for a few miles which required me to initiate plan A and get tucked in behind Jon & David. All was well through Carlton on Trent and Sutton on Trent but as we approached Normanton on Trent, at about the 29 mile mark, when Dave’s rear derailleur cable snapped! A mechanical just about as far into the ride as possible before heading back!. TVC to the rescue, a quick adjustment of the high gear limit screw to put him in mid cassette so with the big and small chain rings he’d got two gears at least, not good for the return journey, even worse for my drafting strategy although to be fair to Dave he’s a strong rider and didn’t seem too restricted by his two gear handicap.

On we went into Tuxford, 34 miles in and ready for a toilet break and perhaps a coffee, luckily we had been advised that Chillipetal café was a good venue. An earlier check had shown Chillipetal was on Google Maps unfortunately it wasn’t on Tuxford high street so on we went with no coffee. Out of Tuxford it was only a few miles until we passed through East Markham and back onto familiar TVC routes through Eaton, the outskirts of Retford then the long straight towards Clumber into the teeth of Jorge. Lime tree avenue through Clumber as usual was a slog but we made it and as tempting as it was we rode passed The Old School Tea Room as we were at mile 51 and the end was getting closer.

The last sting in the tail was a couple of hills to get over through Nether Langworth and Upper Langworth before arriving back at the Head Quarters for a coffee and a slice of cake, well Dave and I arrived back, Jon pressed on for a few more miles to secure his Strava Grand Fondo! What an athlete!

Coffee & cake consumed and that was a wrap for the 2020 Big Red Ride, same again next year but with a bit less wind please!

Dave Lee for grinding back home with only 2 gears. 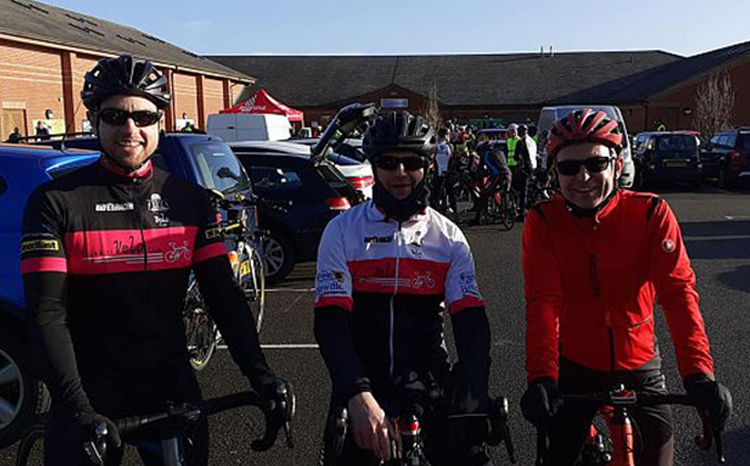 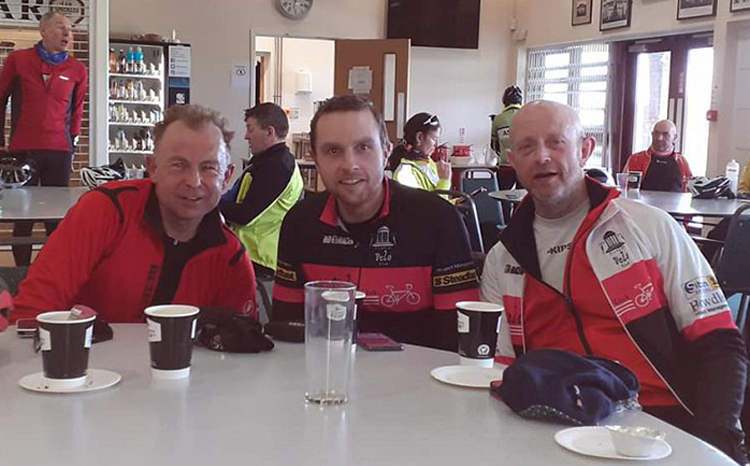