Only one TVC member arrived at Sporting Club de Quimper for the 8:30 grand depart. Accompanied by my new friend Olivier whom I’d only met last night (over a Moscow Mule!) and sitting fairly tentatively on the Specialized Roubaix that I’d borrowed from one of the locals in the village.... no Dura-Ace Di 2 but couldn’t complain too much!

Nice to know that conversation is pretty much the same pre-ride in Brittany as it is in Tickhill and everyone seemed relieved that last night’s thunderstorm had passed albeit warnings of debris on the descents were passed around.

No real concern for COVID riding regs here as a group of around thirty riders rolled out...maybe the Bretons just make their own rules up!?

No sign of a Martin Bagshaw Route plan...just a few ‘allez allezs’ and we were away.

In the event of getting lost, dropped or an unlucky mechanical, and paying attention to my geography teacher at school, I thought that I’d make a note of each village that we ride through so I could retrace my steps..Kervidanou...easy I’ll remember the Ker at the start...next village Kerdouan...next one Kervillac...next one Kergall. It then dawned on me that perhaps every village in Brittany starts with Ker. Let’s just hope that I don’t get dropped!

*found out later that “Ker’ is Breton for village!

Rode up alongside a rider dressed in some white shorts and a red sleeveless top probably breaking every dress code rule created and gave him my best ‘bonjour’...he completely ghosted me.

Hey ho. Guess it’s just a ride without chat then.

The passing paysage made up for the lack of entente cordiale and the ‘ville d’art’ Pont Aven was truly beautiful.

A few sharp turns and we were suddenly on the rugged Atlantic coastline. The Pointe de Trevignan provided a brief glimpse of Les Isles de Glenan but it was tough to get a selfie in the middle of a thirty man peloton cruising at 40kmh

I’d noticed that the same four guys were doing all the turns on the front so made my way forwards to offer my exceptional DOMESTIQUE services.

I lasted around deux minutes before the group had slowed to such an extent that just about the whole peloton came past me again...lesson learned Rodders...fruit de mer!

I’d noticed one fairly senior looking guy on the front doing a lot of work and once I’d found Oilivier in the peloton again (not easy as he was one of around twenty riders wearing the Quimper light blue livery...and don’t forget I’d only met him last night for the first time!) I asked him who L’homme devant qui looked a bit vieux and he said..’c’est Hubert Greinac...he did the Tour de France in the early 80’s with Hinault and Sean Kelly’.

Second lesson learned...just because he’s 62 doesn’t mean he can’t still kick the shit out of every other rider in the group

Turning inland to Concarneau the landscape changed again. I was pleased to see a few hills and felt that this was my chance to show these Frenchies just why us Brits are winning THEIR beautiful TDF every year...Wiggins, Froome, Thomas...Singleton..we can all fly up the climbs and leave the rest in our wake.

Once again I was wrong.

A combination of a 5kg COVID weight gain, a week in Charentes lying on a sun lounger drinking rose wine, beer and whiskey and last nights oysters, champagne and Moscow Mules still in my blood stream I quickly found myself at the very rear of the peloton earning my very own lanterne rouge

Worse was to come as the only riders close to me then decided to drop out and head home a different way and I was sure that I heard one of them say that he was dropping out before the pace really picks up on the way home...FFS, I hope my understanding of French is wrong!

At least there’s the cafe stop to give me some respite.Olivier...’quand est-ce que l’on fait Le pause cafe?’....blank expression from Olivier.

Lesson three Rodders: no cafe stops on a French club ride. Bonnet de douche! The small piece of brioche for breakfast is now a distant memory.

And unfortunately my French has been correct...the pace was picking up! Only one thing for it..stiff upper lip and suck it up Singo. Can’t let the TVC down. These boys ain’t dropping me...even if they’ve half a dozen cat two riders and a TDF veteran on the front!

Last 30km only took about 40mins. Could only describe it as like being in a race. Riders getting shelled out of the back at regular intervals and I just about held on into the final village...even got a few nods of approval from some sullen French faces albeit no words! And all of a sudden we were back where we started...100km at well over 20mph average.

And a gentle roll back to the village with my new friend Olivier. He even showed me his shop in the village. His colours are black & magenta.

I’m gonna send him a TVC jersey. It will take pride of place.

Another souvenir of Yorkshire in this simply stunning little corner of La Belle Bretagne. 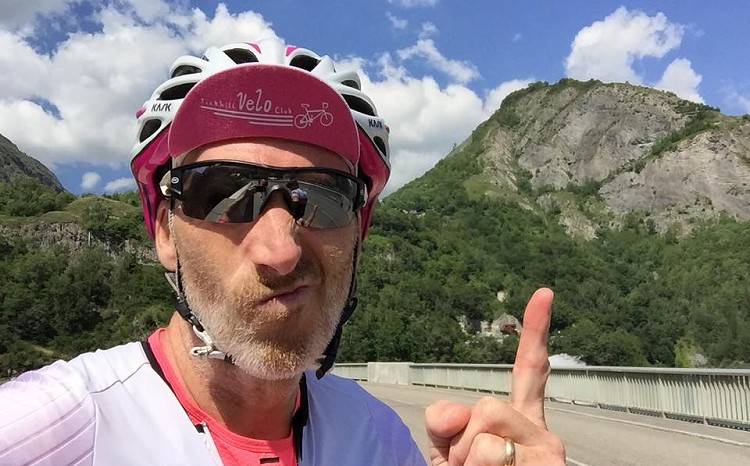 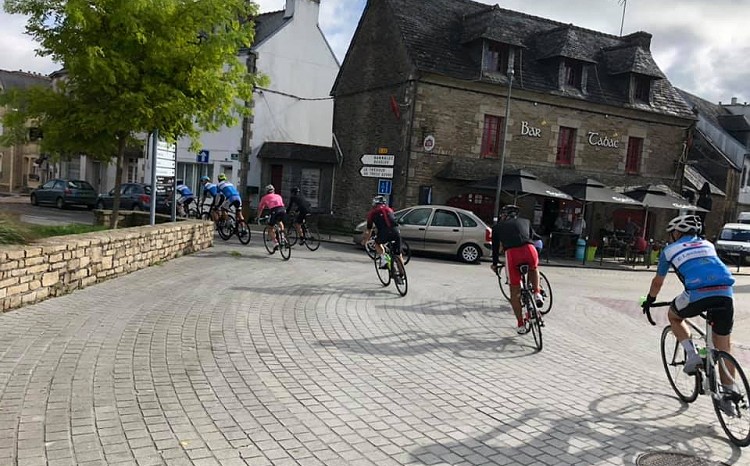 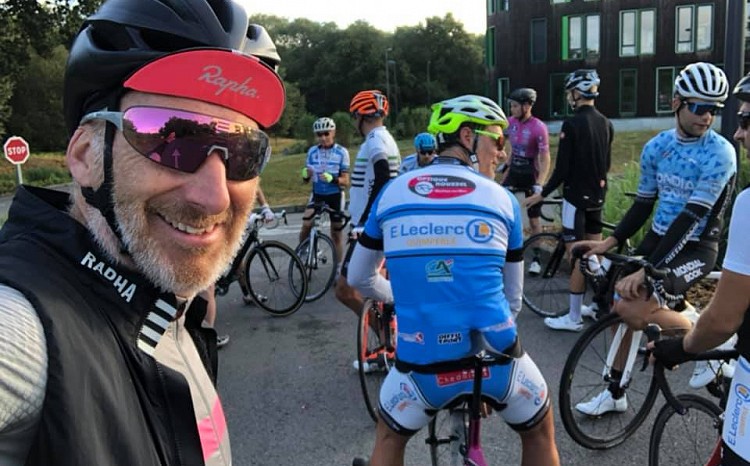 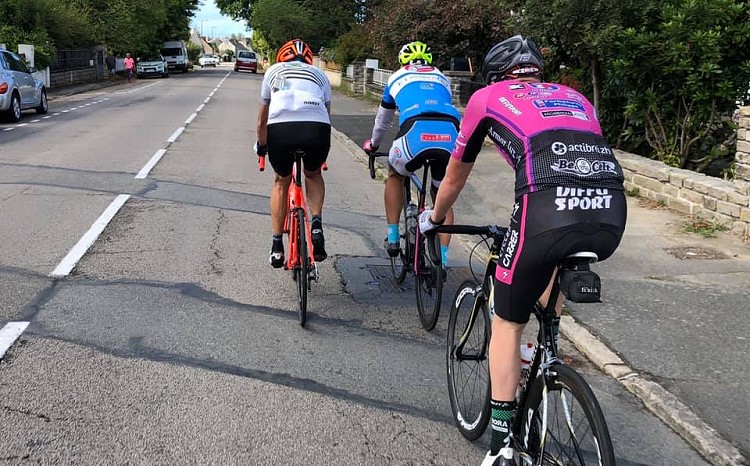 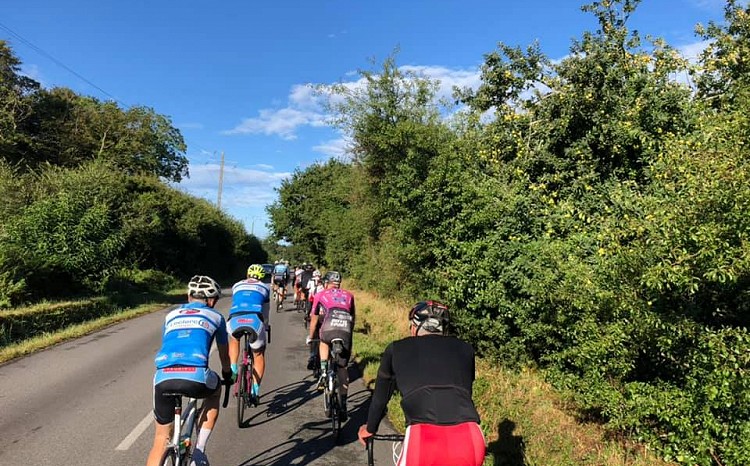