Expecting all week to do the ride on my own I was so pleased to not find wind and snow as l set off to the cricket club full of optimism. Within 10 minutes the car park was “full” of cyclist. Mainly Red riders admittedly but we were 3 and the weather was improving by the minute.

I’d planned an easy ride passed a coffee place if we chose to stop and an OK route if not.

We let the Red riders set off and followed a few minutes later heading east and then south to Harworth. At the first of the 2 roundabouts we turned right and headed along passed the golf course and through the rest of Styrupp and followed the road to Oldcotes. The café there was closed (just in case you wondered, it was too soon to stop!).

Deciding to avoid the traffic lights we turned towards the church and came back to the main road a few hundred yards from the lights and were heading south.

There was a enough traffic to keep us ‘on our toes’ and we alternated position and grouping constantly.

Once we turned along Owday Lane towards Woodsets things became easier - Pete and I followed Del at a modest distance. With him either turning round to seek directions or us catching up in time to keep him on the straight and narrow.

It was pretty easy to be honest. The pace was comfortable, we were chatting easily and there was plenty to look at. Del was in shorts, Pete and I were both dressed for winter and feeling it. A short stop before Woodsets for a chat and snack and we were off again.

Once in Dinnington and through the town centre I avoided Breck lane and it’s roadworks only to be reminded as we passed the other end, that you can cycle through it! A plans a plan though isn’t it. Apparently not but I’ll get to that soon.

We headed into Laughton and taking the back roads headed towards the café. One last turn to the right and we were there!

“Do you fancy Bib Lane?” It would be unfair to say who was to blame, sufficient to say that me and Del were shocked!

And we turned left and missed not having a coffee in favour of not having a flat ride. It’s a nice long decent from Laughton and without looking round decided to stop at the bottom for the other two to catch up. Pete kept going! And I very politely followed! I caught up at the ‘t’ junction where they were waiting and after a small rest we set off and followed Del who confidently took a left without the slightest idea of where he was or where he was going. Basically we took the ring road round Carr.

We continued down the hill into Maltby following Del as we new he couldn’t get lost again. Del and I had quietly agreed on Cliff Hill as the way forward. If Pete wanted Bib Lane then why not?

Del was iff his bike on the other side of the road. Obviously lost and asking a distinguished local for directions. He tried the old “ just saying hello to my Dad” but it didn’t wash!

Back on his bike, he passed us a while before we got to the top of the hill, which I enjoyed(!) and waited near the new houses on the Braithwell road. From there it was an easy ride (gentle breeze behind) into Braithwell and through heading vaguely home. We were meeting more cyclists, spaced to force me into most of the potholes on Cockhill Field Lane!

A right and left brought us to the end of Tickhill Back Lane which a couple of years ago was a pleasant ride into the village. Today the scenery remains, most of the litter dumping has been clears but what remains are the man traps, sorry, potholes and gravel. It’s still a good way into Tickhill and you can usually rely on seeing lots of local cyclists - all looking fresher than we did.

We dropped Del off at his house and I left Pete putting his bike on the car to go home and ambled along for the shower and coffee.

A good morning out, with amazing weather I hope next weekend is as good (with more company please) special discount for oaps and under 65’s.

And what we missed at Leger Lakescwas Coffee and Donkeys 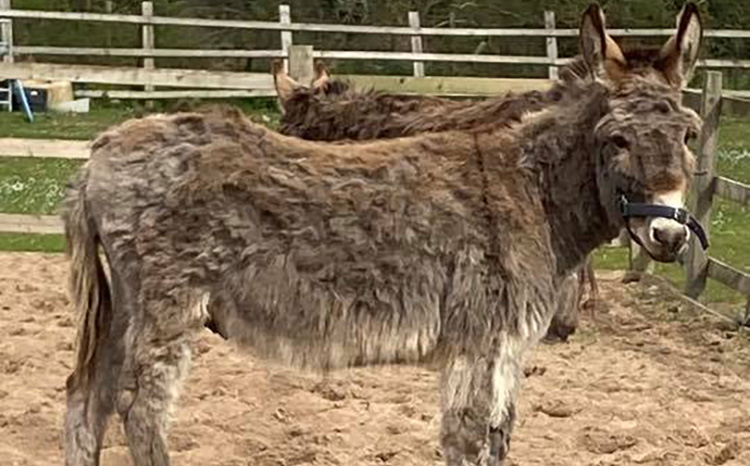