The forecast leading up to Sunday had been horrendous, there were no lifeboats available anywhere in Tickhill. But then the weather has a soft spot for us cyclists and the day was brilliant. Too late for many riders, Red and blue, who were still in bed!

2 for Blue and 6 for Red! But thanks to the use of the mobile phone the blue ride we’re going to collect numbers en-route. And since the advertised red ride had been abandoned they decided to aim for Citrus Café too.

Mick and I set off towards Harworth expecting to meet Diana who hopefully was there and waiting. And she was - result!

Next to collect was to be Tom and Rob at Serlby (in my mind anyway). So we ambled along, chilly but bright and really clear. We chose a spot just past the golf course to wait. Diana and I getting cold and Mick hiding behind a hedge. I tried ringing but they weren’t answering. After a while we just had to carry on and get warm - but we didn’t go flat out - we needed to know Rob could catch us, Tom wasn’t going to have a problem!

The roads were empty, very few cars and only the odd single cyclists. We had a forced pause at Scrooby top to let a couple of cars get past and turned right and left towards Ranskill. Not a lot of breeze as we took advantage of the empty road. Not completely empty but not enough to make us take our eyes off the scenery.

The Roads had been resurfaced so the potholes and raised patches were missing as we reached Mattersey. The Reeds had been removed from the edge of the lake - they must be expecting royalty!

We discussed the naming of Eel Pool Road, admired the blue sky and pedalled on, until we reached the Griff inn where once again we waited and phoned Tom and Rob. Oh well on we go and slowly, they must catch us up soon.

I’ve only once seen horses on the enclosed track on the left and it wasn’t today , we settled for a story , by Mick, on how he used to fish on the canal as a lad.

I had a route and wasn’t going to be deterred by anybody. We were going up Strawberry hill regardless!. At the church in Clayworth I heard a little voice saying “are we going left here?” Err “no”. Again at the next junction but with more emotion and again “NO, we’re going up the hill!”. And we did. And I have to say the panic was all for nothing. The pleader (un-named) made it in style.

The journey into Sainsbury’s and the café was into the wind but over in no time. Just in time in fact to receive a phone call from T&R. Where were we, they were already in the café! It seems they made good time and just kept going! They had been in front all the way. One dispares!

We ordered, paid and joined the pair and sat with them, so we were now 5.

After a while the Red ride arrived and since there were no other tables for 6 they had to split into 2. One of their group, an inexperienced lad, agreed to take a group photo and managed a selfy as well!

The onward route was to Misterton and to Walkeringham where we said goodbye to Diana and continued on to Gringley. At Rob’ suggestion we took the back road around the village, joined the main Bawtry road and freewheeled must of the way to the Wiseton turn-off.

Wiseton is usually quiet and that day it was exceptionally quiet, pretty though.

We made our way back to the Griff Inn and with the breeze more or less in our favour headed back to Mattersey and via Mattersey Thorpe to Ranskill. T&R ( I keep wanting to write “T&C”) went straight on in Ranskill leaving Me to keep Mick company as we turned right, right and left towards Serlby.

I think we were both feeling our age and when Dave Lee “struggled” past us we stuck like glue to his mudguard. I like to think he was so fast he left the rest of the red ride behind. If you know different please keep it to yourself.

We enjoyed the ride, great cycling weather, great company, great café stop and at least three of us got back safely. 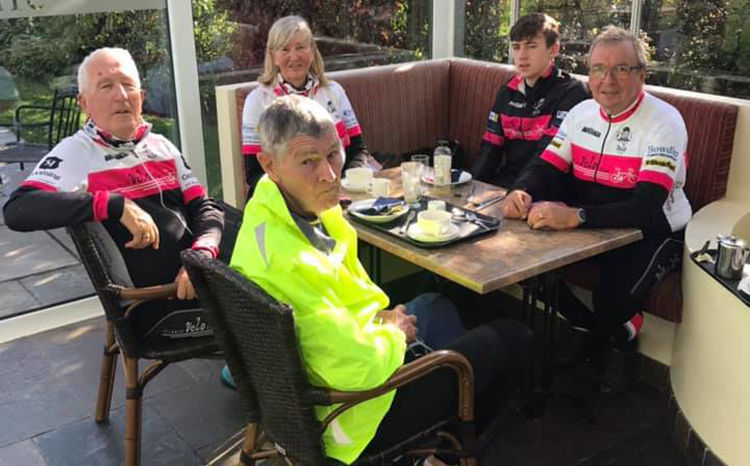 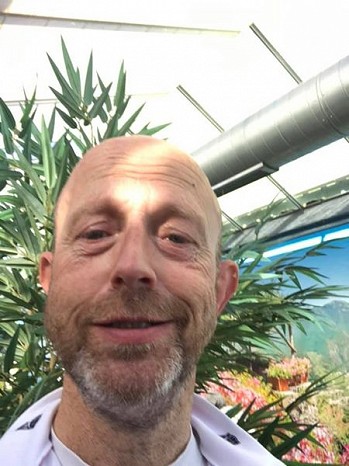