OK so there is good news and there is bad news but we were not to know that as we gossiped away in the Cricket Club car park. We were outnumbering the Red team for the first time in - well forever - and it was good to see Denise back even though she opted for a testing Red Ride.

A few weeks ago “it had beed requested” that we do increasingly long rides to build up to 100Km and in order to do that Strava was providing routes and although I knew where we were going (roughly) no one else did! Having split into the two groups and I’m not sure how that happened we set off for the buttercross and beyond! We were socially distancing reasonably well within the groups and very well between the two groups. At the top of Malpass hill we waited until group 2 came into view and set off again to Oldcotes, Langold and then Carlton where we waited agin till the groups were within sight of each other.

There was little wind and for the time being no rain so it was ideal cycling weather and we made the best of it. Once through Carlton we turned onto Owday Lane and made our way to the first roundabout on Gateford Road. Now the theory was good here but the practice was naff and I have to hold my hand up - it was down to me! I wanted to turn right cross over the dual carriageway and take the short cut through to Shireoaks Common. But I left it too late and the traffic was too heavy - so stuck in the middle of the dual carriageway I watched group one do the sensible thing and continue on the next roundabout. Eventually I found a gap and chased after them catching up just after the roundabout and we continued up to where we would have come to if Mick had been up front at the time!

This was a good place to wait for group 2 to come into view. It was a very pleasant wait - quite long too but no sight of group 2. Eventually with the aid of modern technology we mad contact and discovered that they had kept going along the A60 and were at the new roundabout which will eventually serve the new Asda on the outskirts of Worksop. So we set off to meet them and realised they were beyond out turning to Rhodesia. So having met up we retraced our steps.

Garmin was by now throwing a hissy fit - within a mile or so it demanded a left turn. Marjorie Street is a very nice street, loads of traffic calming devices, some very nice kids on a selection of bikes and best of all a dead end! We turned around, chatted to some very nice kids on bikes, went over lots of traffic calming devices and turned left again! We followed the road through to Whitwell. Stopping somewhere to regroup, we decided to abandon the idea of going to Rufford and head a) for the nearest café or b) for Harley Gallery. As is often the case we decided on plan B.

In Whitwell it was clear that the two groups were travelling at different speeds and we opted to meet at the Harley Café without passing Go and without collecting £200 or going directly to Jail. We, group 1 turned right (Helen knew the way) and group 2 turned left on the direct route.

We arrived at the gallery to find group 2 already seated and waiting to be served - like many places it is now table service only even to outside tables. The scones and coffee were magnificent, the Spicy eggs enormous and we made a point of telling the manager how much we enjoyed them.

Before we left we needed a photo and my photography skills being on a pair with my navigating skills we found a man who could!

Helen, Stewart and Mick decided to return through Clumber so left as at the entrance with the rest of us turning right and following Tina towards Worksop. We kept to a pace comfortable for us all and had an uneventful journey into the town centre and then out along the B6045 and then A60 Carlton Road. Tina and Christina opted to turn left on Owday Lane so we stopped to say our goodbyes and the sensible ones put on their rain jackets the others (was it just me?) got wet.

We also dried out as the heavy rain stopped and the wind we were creating dried us out as we continued north and back into Tickhill.Kevin suggested that the way to get strava to plan routes and stick to roads was to tell it I was a car! Paul didn’t like the idea of travelling at 40mph but I agreed to try it out. We also agreed to abandon the idea of increasing distance week on week and return to normality. So the good news now - we all arrived safely back home and I think the highlight of the day was getting lost and therefore having a legitimate reason to heap abuse on ride leader!

Despite that I look forward to seeing everyone next weekend. 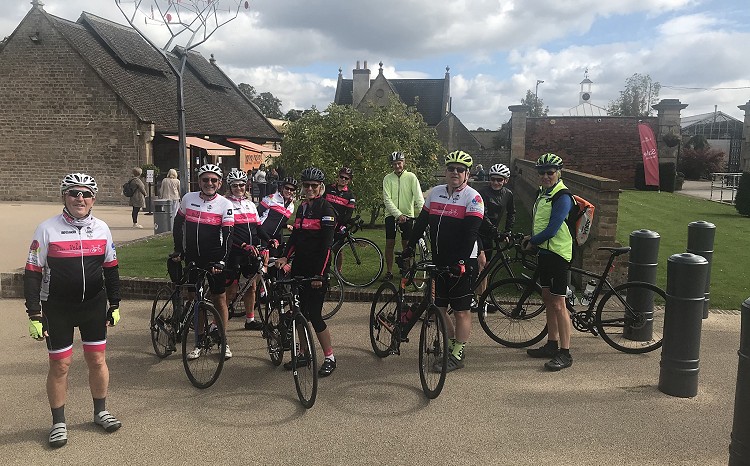 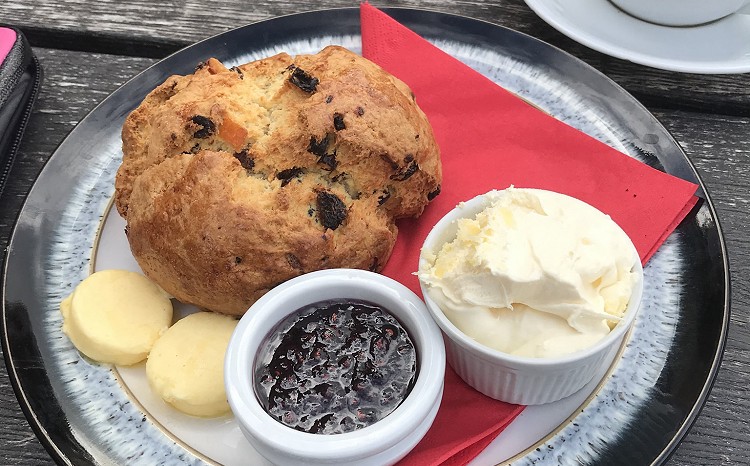 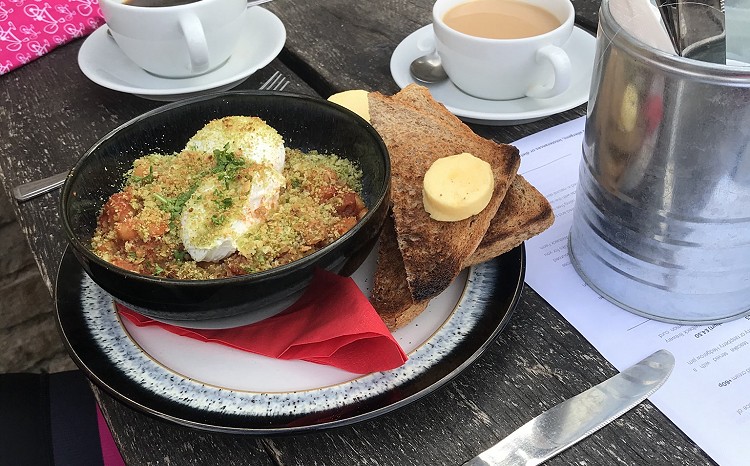