Blue ride in the rain and mud (no Café)

Blue ride viewing Leger Lakes and other exciting places but no café stop.

Bleary eyed I checked the garden for frost and snow drifts but there weren’t any so Plan A was on! Four degrees outside - positively tropical. Breakfast down, kit on (wrong order!) and I arrived early at the cricket club. No one there so I did a few laps on the car park, probably a couple of hundred yards in total. I stopped to cool off and spotted a familiar head  going along beyond the hedge and seemed to be doing a lap of the village. Maybe half a lap later a second head (and shoulders) could be seen going the same way. This one obviously Gary Durham. Soon Jon Brough came into the car park having done his lap.

Jon was testing out his newly upgraded. (By himself) bike - fully powered gearing now di something or other. Having decided that he was meeting Gary and they were staying local I set off towards the buttercross. Part way there I crossed paths with Gary looking for Jon! I pointed him in the right direction without breaking pace.

Heading into the drizzle but no wind was an exercise of mind over matter, especially when Jon and Gary passed me at high speed heading for Malpass Hill. Always up for a challenge I tucked in and would have been good for ever(!) but we passed an unfortunate chat pushing his bike towards Tickhill. I stopped and turned back to see if he needed help. He was smiling when he said he had phoned for a lift and was OK.

Back to the challenge I was going to chase after the Red Ride but to be honest they were probably already in South Derbyshire and wouldn’t want to be embarrassed if I caught them.

So I stuck to the ride leaders plan - through Oldcotes, Langold and Carlton before turning right at Wigthorpe along Owday Lane. The head wind can’t have even been 5mph but laden with drizzle it was a pleasure to have it out of my face.

All the way to the end and then I turned right towards and through Woodsets. Not much of a view - it was definitely all about the cycling. Through Dinnington where (somewhere) the drizzle seemed to stop. So I got lost, I knew I had when Aldi’s appeared. Map on phone out and back towards Laughton Common and from there back to Thropham and up to Laughton-en-le-Morthen.

I opted for the round the houses route to get to, and passed, the Leger Lakes café. I wasn’t tempted but did notice the outdoor shelter was pretty busy with folk standing (the tables must have been wet) and drinking take-always.

As I continued along towards Firbeck I was seeing cyclists going the other way in ones and twos and occasionally larger groups (all legal). Obviously setting off only after the rain stopped as they all looked a lot drier than I felt. The lack of visibility and temperature were, i guessed, why there were so few cars about.

Thornbury Hill Lane looked like it was set up for a Tough Mudder segment. Gravel which is the normal problem was under vast quantities of mud. And that mud blended fully into the verges and under the hedges. But it was still a hill and had to be got up. And down the other side where pot holes were under water so caution was ordered.

On and left, down Malpass Hill and the sharp left and up Blyth Gate Lane. This is where the cars were all waiting for me! They were all bigger than me too! So I was forced to look for gaps and pull over several times. I didn’t know anyone but me used that road.

A quick left at the end onto the main Tickhill-Maltby road and the just as quickly right towards Stainton, birthplace of Fred Trueman. And current home to vast quantities of water. But the bike was clean again, although not for long.

The plan, Plan A, which I still followed was to go up the hill turn right onto Tickhill Back Lane. Which I did, picking up mud splashes as I went. Mudguards must have helped to an extent (somewhat less than 100%).

By the time I got back to the cricket club I was wet, cold and a bit muddy. But I guessed at that when I set off and I still enjoyed the ride. Why not join me next week? 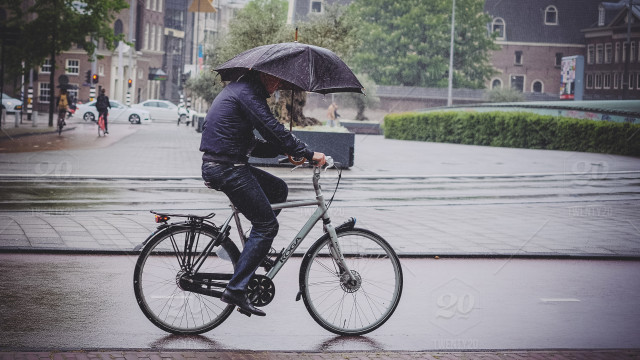 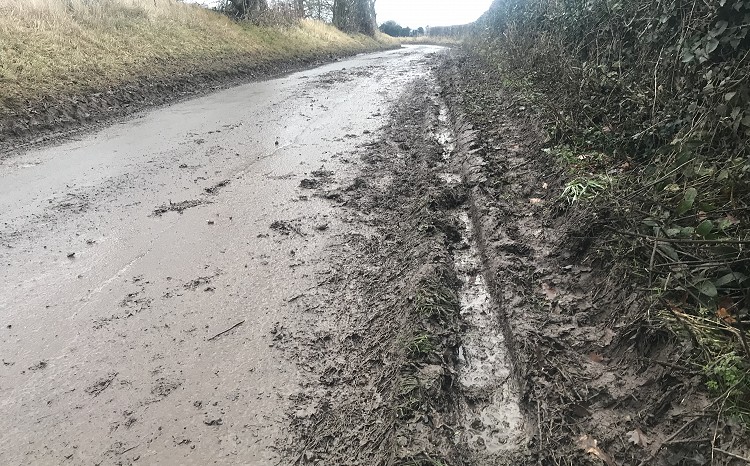