Blue Ride to Epworth - or 'There's only one Mick'

It was going to be breezy, there was never any question of that. Wind direction was debatable and depended on your app or your experience. My app suggested a head wind all the way home from the café stop, Pete (I’ll introduce him soon) had ridden in and said the home run would be Ok as he had just done it. Might have been that kind of doubt which kept the hoards away but we were to set off as a group of seven.

The riders were: me, Martin Crapper, Pete Hanks, Chris Higgins who to save time told me who he was but since I struggled for ten miles on his previous ride with us to remember his name I could not remember; Ian Callow, Brian Barron, Rob Drohan and Mick Lee. And yes there is only one Mick!

There was a thirteen strong group for the red ride so we let them go first. Really that was to see who was left that might make up numbers!

Despite the banter on Facebook this was going to be a planned route — no plan B and no getting lost. We set off east and headed for Rossington with the now familiar sight of Ian in his favourite spot at the back. Nothing to do with the pace, he just likes it.

There was traffic but not too much, reducing to very little as we turned along Stripe Road. The breeze was helping and we made good speed through Rossington pausing briefly near GoOutdoors for a photo. I wasn’t going to forget but Rob was going to leave us after Branton to go back to Finningley and home for an “event”.

Photo done we rode to the junction did a quick right and left and then made our way through the maze of roads which surround the airport and the on past Walkers Nursery to Branton. We were not held up here and with Rob in front we headed into the wind and the parting of the ways. Rob went right we went left.Well, Well he came to the left first to say goodbye and to more easily cross the main road.

After our brief chat and a drink we continued. We continued both cycling and chatting. With the sun out and a helpful breeze this part of the ride was feeling good. Wroot came and went and despite the breeze now being a cross WIND we made good progress onto Idle Bank. This road gets worse each time we ride along it. Fortunately we didn’t have far to go and turned again onto Wroot Road. We all knew that it was going to Epworth but the original designers obviously didn’t. I guess you can’t give every road two names depending on which way you are going.

Before long we were in Epworth onto the car park and waiting for Dannie to find the key to the back door to let us in to the storage area. With bikes lock away we wandered through to the cafe and joined a short queue. The short due suddenly became a long queue as more piled in behind us. We got to a table to find Mick had arrived last when the queue suddenly became longer and he couldn’t be bothered to wait so sat and watched us eat. He was offered to share but said he was well caloried up before he left so would be OK.

Things got a bit stretched out. There was lots to talk about:kit generally and including a warning to watch out for kit survey coming up on the facebook pages, so Pete went for seconds!

On the way out I stopped for a quick chat to an old acquaintance and then head across the grass to the others and then on into Epworth. Pete was going to leave us to go home view Owston Ferry so we parted company in the town centre with him going straight on and us going right and along to Low Burnham and then Haxey. Despite warnings about road works and traffic lights we found them quite helpful as Ian (sorry Ian I know you were not the only one) needed the little breaks that gave us. We were not encountering much traffic and made good progress despite the wind which seemed to be growing stronger.

Once through Haxey and up to the water tower we were able enjoy the long sweep down into Westwoodside. After turning right t the roundabout we began to see that we were not going to get the wind directly behind us anywhere. It was always a crosswind although helpfully slightly behind. We made good progress along Sandersons Bank and the turned left more or less straight into the wind - and progress began to be slow. and remained a nuisance through Misson and into Austerfield. We stopped at the junction to discuss who was going where on the way home. Mick was going to leave us in Bawtry and Brian would peel off and head into Harworth. Turning onto the main road in Bawtry there seems little traffic but in the 100 metres of so before the turn off to Tickhill there seems loads. We shouted farewells to Mick and made our way up the hill. The hill always seems a bit of a punishment at the end of a ride and we slowly made our way - well three of us did,> Brian didn’t notice the hill and just kept on. We knew he would wait at the junction so didn’t worry.

Sadly (that’s a bit strong) we were even slower up this hill and needed a rest at the industrial estate so that by the time we reached the junction, Brian had already left and was probably showered and fed - always the Scots do that kind of thing, Couldn’t resist it Brian!

We made better speed down the hill and back to the car park where the three remainders, Me, Ian and Chris briefly said goodbye and went off home. It had been a good ride although slower than normal. I think chatting uses too much fuel sometimes! 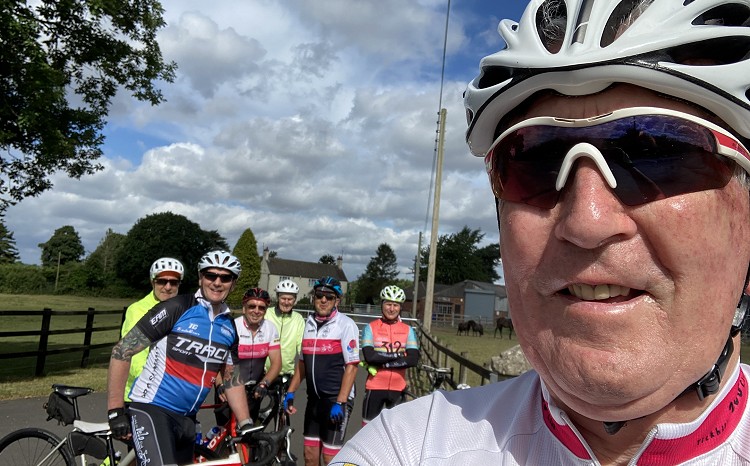 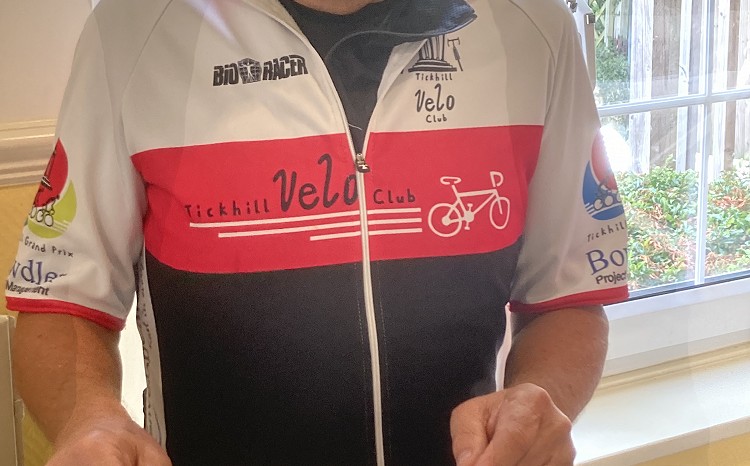