A special day today, a car park full of blue riders, a newby and a very oldby on his birthday. I can’t remember when we last had 13 on a blue ride.

After watching the red ride set off we split into 2 groups and headed out east but in pretty strung out fashion so regrouped in the gateway close to the Stripe Road junction.

Still in two groups but tidy now we made our way through Harworth and the industrial estate then onto Serlby. Plenty of golfers about — not on the road though — and plenty to talk about including the weather which was sunny with a cooling breeze.

We regrouped at Scrooby Top and headed passed Ranskill and onto Mattersey. I’m sure improvisation is a key attribute of a less than average ride leader. So waking from an on-bike snooze I had us turning right on Job Lane without a flicker of consciousness. Fully awake by the end of Job Lane we turned left and rejoined the planned route in the centre of the village having desperately sought for an outstanding landmark to explain the “diversion”.

We made good progress along to Drakeholes and into Clayworth. Traffic lights split us up so we stopped by the church for a chat. 2 conclusions were reached. 1) we were going to stop in Retford because the coffee was better and 2) we were going to split into 2 groups with one taking the flat route to the Ten Green Bottles and the other going up Strawberry and Windmill hills.

I have no idea what happened on the hills and only slightly better idea on the flat route. But we 5 went over the bridge and made our way along exposed roads along to Hayton and Clarborough. In Clarborough we joined the main road and headed for Welham and Retford.

We quickly reached Retford passing a person in a wolf headed onesy. I know, we all thought that! And there was more to come but only after we reached the café.

As regular readers of this free to view broadsheet will know, and ghost busters will suspect, the mysterious John H is more than a myth. He was finally cornered outside the café before leaving us again. And I got a photo. He’s not the one with the blue rinse!

There was a queue to the town hall and a Japanese “event” involving things that only Emily understood: she being the token “young lady” in the group and therefore event explainer and IT Support for the day. She didn’t get a proper badge though.

Sorry all you other young ladies I didn’t mean to offend you.

We ordered coffees, cakes and sausage rolls and ate away. We were well into that eating when a sweaty band of cyclists arrived and we were 13 again — er 12 because John had left. The nature of hills is that they go up, you get hot! The nature of a ride with Nick is that it’s longer so you get hot!

Fortunately we all had plenty of time to recover and having cleared the plates and sung Happy Birthday to Mick we set off along Bridge Street out up to the railway bridge where we regrouped after being split up at the roundabout and then made use of the cycle path till it ran out and we had to rejoin the road.

Turning right onto the Green Mile we found a spot to regroup safely and headed north. First to peel off and head for home was Pete. Diana was second at Barnby Moor with Mick quietly turning off in Blyth. With Nick in front heading for the A1 roundabout we all (the rest) turned left for Oldcotes. No amount of shouting brought him back and we assumed he was heading for home.

The two Cs, Caroline and Christina continued along with us into Oldcotes where they left to go home and Rob also peeled off leaving just 4 of us to peddle back into Tickhill, where after a pleasant resumé of the ride we all left for home. 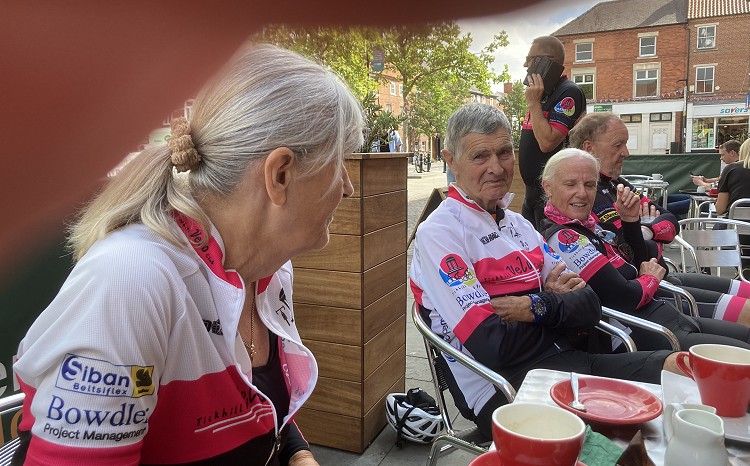 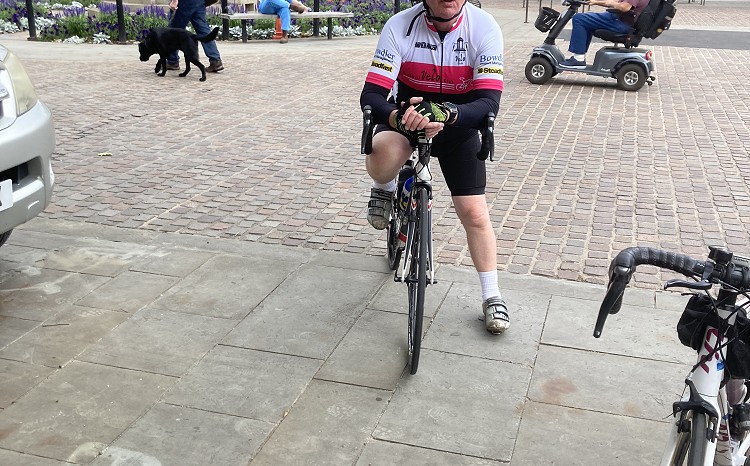 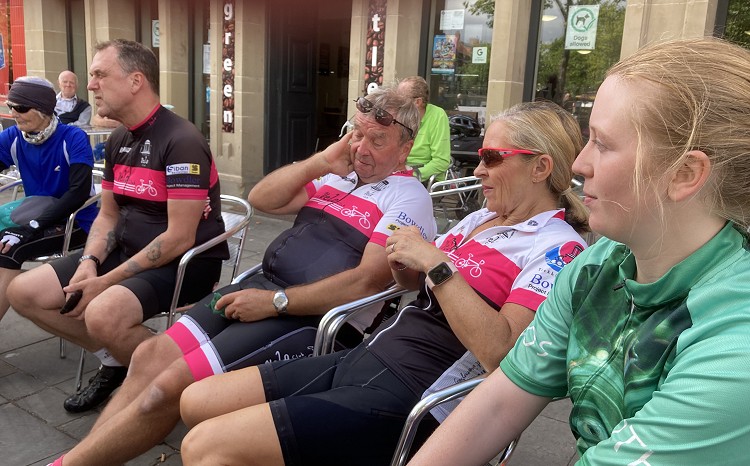 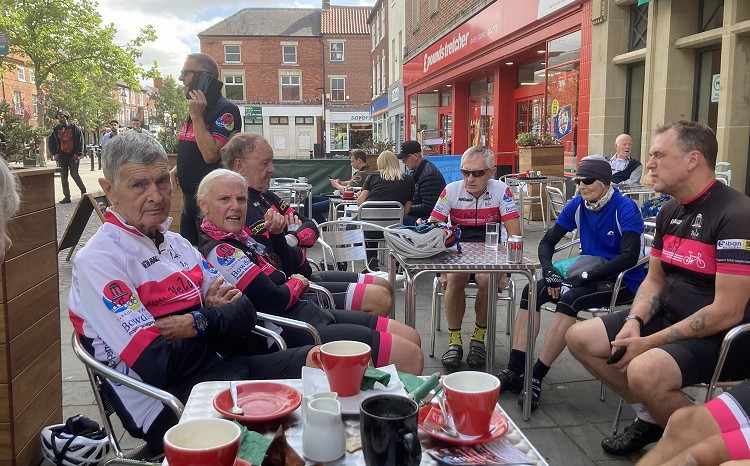 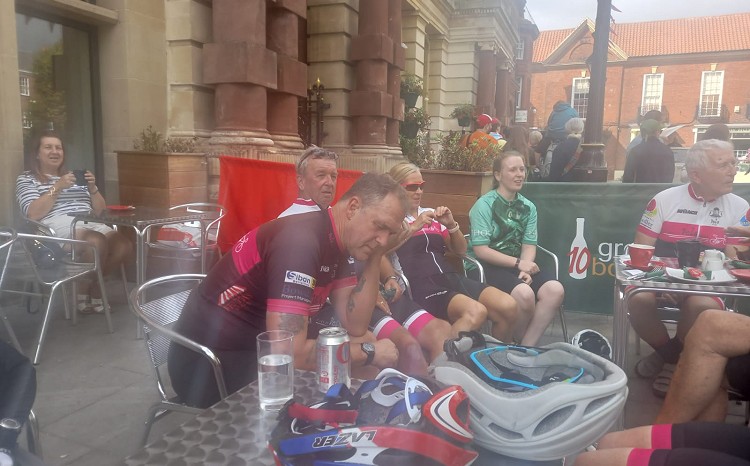