Technology! Technology - whose idea was it any way. I’m sure we were all better off in the olden days when we had candles with little marks on the side so you knew what time it was and you had a bottom draw with a candle with an extra hour to bring out in October and a short one to use in March. You got up when you heard the cockerel, news wasn’t new when it came via gossip but anything earth shattering the town crier delivered.

I have trouble with GMT, BST, CST, UTC and all them others but as long as I know its Sunday i manage to get to the cricket club OK. OK? Well usually. My infallible sense of direction was needed today all because of that technology stuff. “Infallible”, now thats a word i don’t use very often. So I set off after my porridge, toast and tea with my new Gismo strapped safely to the handlebars and instructions to take me to the Cricket Club. Its less than half a mile and even I couldn’t get lost. But it was there so I used it!

On arrival I found Pete Hanks, Nick Kay and Mick Lee waiting and after a bit of quality loitering Kevin Thomas arrived and finally in time for a late mark - Rob Drohan. I gave Gismo a bit of a talking to because I wanted to do the route clockwise rather than the planned anti-clockwise direction and this would give some the opportunity to peel off on the way back. The thought of starkers cyclists shouldn’t have crossed your mind - it means leave to go home!

We set off and half way back to my home it dawned on me that if I’d just listened to the gossip and not Gismo we would have turned right and not left so we back tracked and headed for Tickhill centrum waving at the Buttercross as we passed by. The village soon disappeared behind as did Oldcotes, Langold and Costhorpe. The guy out front under a lot of stress was me Martin Crapper - Gismo was not playing fair it thought we were cycling backwards. I know we were going slow but that was deliberate - backwards never!

So we stopped in Carlton to give Gismo a serious talking to, naively thinking he would listen. I should have known something made in a foreign land would listen with forked tongue - and lie when it spoke! Good job I knew the way - we turned left in Carlton and headed up towards the Blyth-Worksop road and from there into Worksop itself. There was a tricky bit where Gismo who was now greying out the route ahead thinking that it would tell us where we should have been coming from rather than where we were going wanted us to have come from over the Canch. Confusing I know. But I obviously pulled it off because I couldn’t hear any raucous laughter behind me.

We weaved our way through Worksop and headed for the M1 - it just happened that way! With the Arrow Café in view we turned right across a very busy road and onto the safety of those lovely oldie worldiy roads with grass up the middle. Which is to say we were on the run in to the airport. Ok “airport” is a bit strong but it does have a café and planes flying in and out - unlike that other more maligned local destination of choice.

The plans were all lined up outside the window and for the first time there were people in the control tower. It is more a a shed on big blocks but in airfield terms - Tower. Despite that nobody flew in or out. The coffee did, it was there faster than we could pay.. Cakes and cooked stuff was also delivered to the table quickly. Before long we were on our way again. Mick having decided he would go straight home announce just that - even though his direct route home was ours too. Mind you there was one variation which almost had me throwing the towel in.

We had almost gone through Thorpe Salvin when Mick turned right - so we followed and still ended up going over over the railway crossing at Kiverton Park and up Dog Kennel Lane. We made our way through South Anston and into North Anston where we were pretty well grouped as we turned left. Or most of us did, Mick went straight along to take the direct route home in Woodsets.

We, the rest, continued along nice straight roads with a back wind helping us up to a crossroad where the police had closed the side road. Some sort of accident more or less on the junction. This meant that the traffic on the road we wanted to cross was all bunched up and turning towards us - so we had a bit of a rest as we queued. Its a long road imaginative called Long Road and took us into Brampton where we arrived without Rob who had also taken another route - in his case to Arnhem via Firbeck!

There might have been a shorter route but we, now four, went into Thurcroft leaving Kevin who didn’t fancy returning to Tickhill and then facing a growing head wind home again. Down to three, we continued onto Laughton passing Lager Lakes and Firbeck and going up Thornbury Hill before the surprisingly annoying little hill after sailing down Malpass Hill. We arrived back safely, Nick heading off towards Bawtry and home , Peter and I stopping at the Cricket club just to say goodbye. He took his car home I let Gismo have his way and ended up swiftly and safe Home. Yippee!

Dash - who took the group photo? Did anyone? I didn’t! 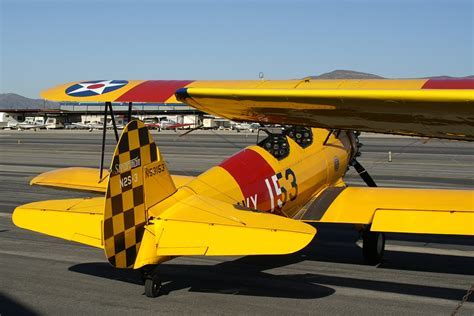