The Red ride wasn’t happening as those who matter were in Mallorca. So we were gifted cycling royalty in the form of, well check the list!

The weather was fine, the forecast not so good with the chances of fine rain sometime depending on which app you used. But we were not deterred- it was going to be fine. And we set off round the back and onto St Mary’s Road, Pinfold Lane and Apy Hill Lane, where light rain had fallen earlier, and made our way out of the village and via a bit of lefting and righting ended up passing through Braithwell. There was little wind and lots of chatting as we proceeded on to Micklebring then sharp left along Back lane to avoid some of the ups and downs to reach Marsh Hill and Moor lane. The long slope down towards Hellaby Lane is always worth that tiny detour!

Turning Left towards the Hellaby Industrial estate we found the traffic verging on the non existent and made good progress towards the A631. Again little traffic so we turned right along the dual carriageway and then left after the garage onto Cumwell lLane where we stopped briefly. I guess the pace was comfortable for us all as we were keeping fairly close. Once off on our way and going easily we made a slight variation on my planned route but since no one else knew it didn’t matter! We avoided Carr and the hills that implied and continued straight on towards Thurcroft.

At this point I confess that the hills were not being good for my legs so the regrouping at the double roundabout was “a thing”! After a while we set off again going left towards Laughton and enjoying the countryside. Enjoying it that is until I realised that I really was at the back - but they waited fortunately, they had to really as they didn’t know the way!

From Laughton we turned down School Road towards Laughton common along that lovely downhill glide before the junction where we turned left and ‘wandered’ through Dinnington until we reached Lidgett lane and Nursery Road taking us along to North Anston. This bit of the route was new to me but the smell of the coffee kept us going and from there its a simple ride along Woodsets Road to the turning to the Café - Lotties.

We found a safe place for the bikes, a table for helmets and went inside to order. Cold food you took with you, hot food and drinks were to be delivered. And despite them (food and drinks) all being brought out together it was good quick service. And it went down well. I think we had arrived at just the right time as tables were filling up around us and when we got back to the overflow car park it was no longer empty. But before getting there we put on helmets collected bikes and were able to watch the squirrel tidy up the crumbs from the floor.

Heading off to the main road we took the left turn towards Woodsetts making good progress and in Woodsetts we turned left whilst Mick (Lee) turned right to go home. We, now 5, continued along through Gildingwells and along into Letwell. At some point along this section I realised that we were going to be about 6 miles short of the anticipated total for the ride so at Lamb lane we went left and along the road to Throapham. Denise either wanted to or possibly didn’t want to go through Laughton and up Bib Lane but it was never going to happen anyway! We turned passed Leger Lakes and continued on to Firbeck. This always seems like a long gentle downhill ride, you don’t (I don’t) notice the slight uphill bits until you reach the right hand bend just as you reach the first houses and where there always seems to be loose grit on the road.

No accidents today though and we continued along through the village and up towards the main Oldcotes road where we turned before heading up ThornburyHill Lane. Denise, Nick and the other Mick went off in front and Pete and I brought up the rear. We could always see them though - we weren’t that far back! And as we went through Tickhill we had that extra bit of ‘slow’ to appreciate the second day of the scarecrow festival.

We all, well the remaining 5, met at the cricket club and Nick persuaded one of the ladies in the pavilion to come out and take a group photo. He obviously knew how short my arms are and how bad my selfies are. A good ride, thanks everyone. 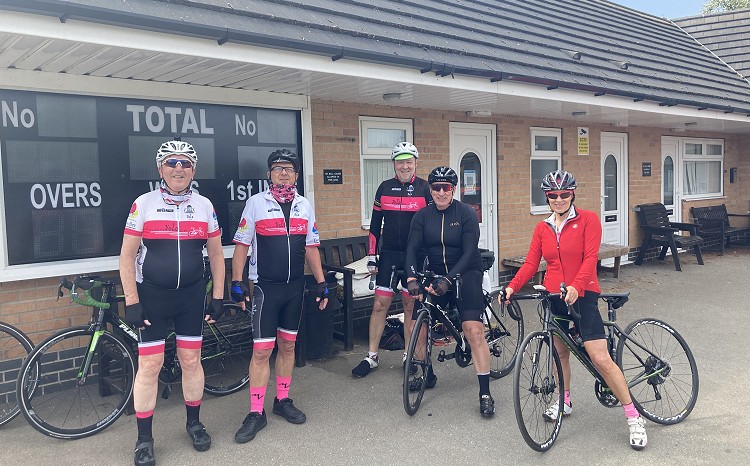 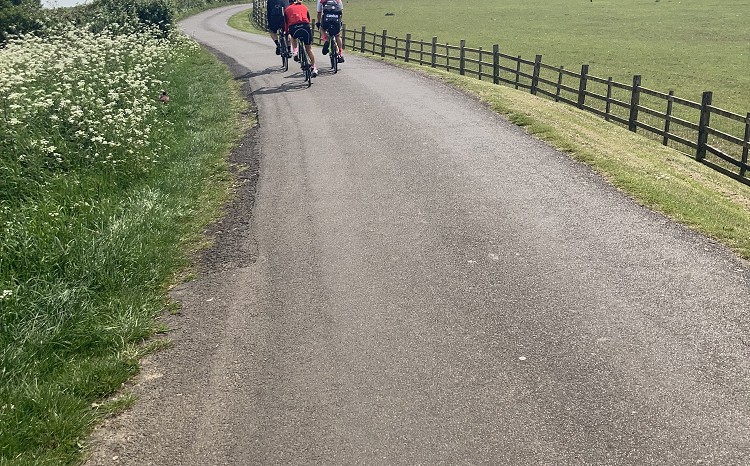 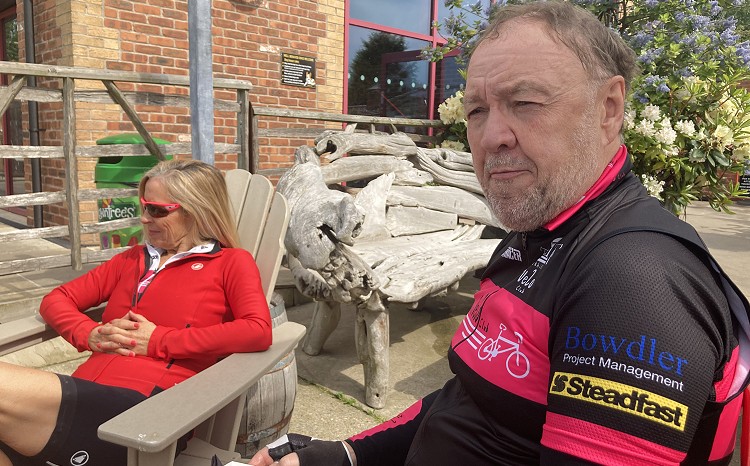 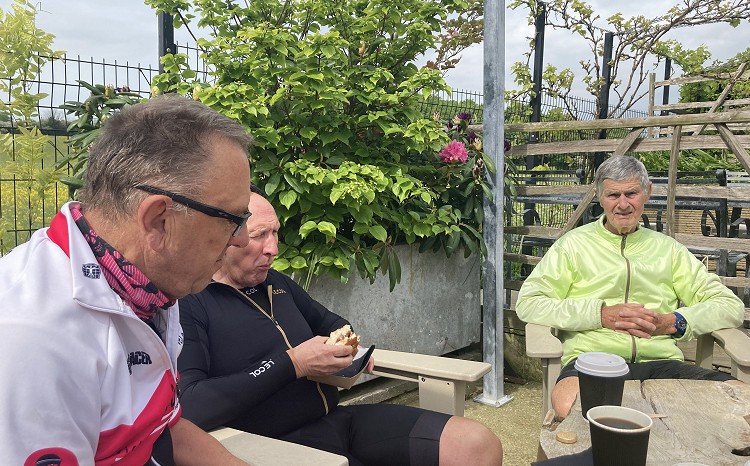