Blue ride to Retford once more!

Riders were: Rob Drohan, Mick Lee and me, Martin Crapper

The forecast was diabolical, biblical quantities of rain expected. So blue skies and balmy weather greeted us with thunder and rain forecast by 11 ish. It was one of those days! Arriving early, although not early enough to beat the chairman to his favourite chair. “we only have the ladies available to us today” he said. Football yesterday, drinking all night - gents changing room full of men sleeping “it” off! I’m pretty sure some went in just to see what it was like in the ladies changing room! Disappointing I imagine.

More chaos than normal at the cricket club!

The anticipated Red Ride to Cleethorpes had been cancelled so they were looking for somewhere to go and get home dry but so were we. Holidays had interrupted the route planning again! Red Rides opted for Retford and so did we.

Once the red team had set off we followed. Or rather we set off going our own route and for a while they were visible but out of sight when we reached Harworth. Before we reached Harworth we were overtaken by a large club ride on a mission to get there (wherever there was). I thought Mick was having a little tantrum but he was only (rightly) mentioning how close they were.

Our route took us through the industrial estate and on to Serlby. The main roads were busy with cars going both ways and a surprising number of cyclists, single and groups, out enjoying the sunshine. There was no wind so it was good cycling weather. The Golf club was full of cars and golfers and there was plenty to see in the surrounding countryside. I lead from the rear up the slopes to Scrooby Top but came to the front to discuss the route from there onwards. Not much of a discussion really. we turned right, there was no traffic, and then left towards Ranskill which was still quiet.

We chatted away, did I mention Rob was on his new bike? Well he trashed the old one and somehow managed to find a good replacement in a shop probably also full of hens teeth. Facebook is full of people queueing till mid century for a bike! So one up for Rob.

The long road through to Mattersey was surprisingly quiet few cars, more cycles and we sped along comfortably. We turned right along Job Lane and right again heading towards Sutton, No sign of rain and we were making good progress.. As we reached the main Bawtry/Retford road we turned left and headed straight into Retford arriving at 10.05. The Ten Green Bottles had just opened and thee were two customers already seated! Mick and I secured pout bikes to a market stall and headed inside to place our order. Rob stood guard over his bike until we came out then went in. They grouped the order and brought all the drinks and cakes together - so much better than bring them one at a time.

There were other groups of riders joining us and after a while Lawrence and Martin B cycled through having lost touch with the rest of the group. Blue ride rule number one is “never get in front of the rider unless he pleads with you to take the wind”. Lawrence pretended he hadn’t seen us and Martin came for a quick chat (and to get he is breath back). Then he was off to find the Bay Tree Café and hopefully the rest of his followers!

We set off heading east and out towards Hayton, with a bit of wind now helping us on our way. Three is an awkward number for a cycling group but we rotated and past the time. I admit that the going was occasionally a bit tough but we were 4 or 5 mph faster than legal for a blue ride - I averaged over 14 mph for the whole ride and at times 20mph seemed slow! Turning in Hayton towards Clayworth we began to see more cyclists and a large-ish club ride waved to us. Most of the cyclists we past were happy and waving or speaking -it was one of those days.

There were longboats to both sides of the bridge as we reached Clayworth, but non moving and no one in sight. We breezed through the village and along towards Drakeholes with me doing what I seem to do well - dropping back on the hills to let Rob and Mick have a little bash. Lots of cars parked by the canal in Drakeholes, but parked they are no problem!

Just around the corner a large club group approached with a “hello again” - they look familiar but I’m not sure where we had seen them earlier.

The road through to mattersey saw us with a bit more of a head wind but by this time we had slowed down a little and with little traffic to stop us we chatted as we went along. From Mattersey we basically went the way we came but more tired! And in Mattersey the worst happened! Rob and Mick went home - they just left me and went directly to wherever they came form and I had to trust I didn’t need confirmation of “left” and “right” in the appropriate places.

I made it Ok and hopefully they did too. I confess that I went straight home not to the cricket club. The thought of meeting a room full of steaming drunks pouring out of the changing room was not the way to finish a very pleasant morning and only mid day and no rain!

OH dash! and no photos either! Will try harder! 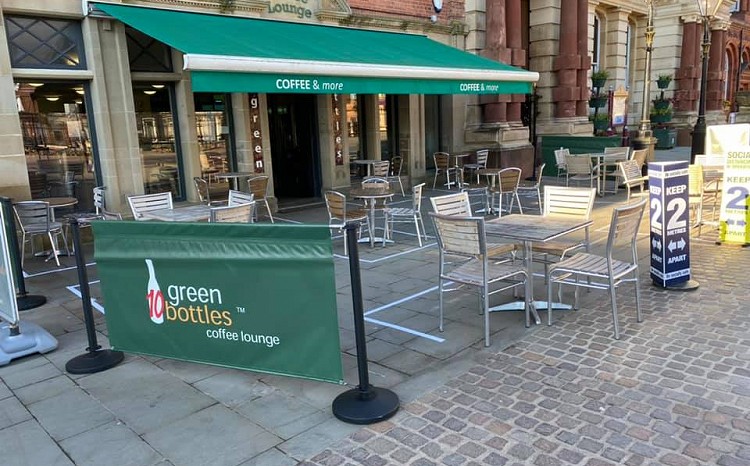