I was at the club early so took advantage of a random deck chair to get some vitamin D and sunshine before everyone arrived. Andrew D was first after completing a solo 7. 00 ride closely followed by 8 others making 10 riders in total for a ride out to Citrus cafe via Owston Ferry and the River Trent.

Out of Tickhill the nice round number of riders made it easy to pair up and look professional as we headed for Bawtry waving at the 9.30 riders heading in to the Cricket club for their ride. Passing through Bawtry we had a minor exchange of words with a passing motorist and his partner who were clearly late for church and unhappy that we were riding two abreast on a full width road but we continued without further incident as we headed out into open countryside through Misson maintaining our 2x2 formation. Lawrence & I discussed holidays, the weekend’s tv and the weather while Jenny and Andrew behind us discussed micro biology and single cell genetics! It all sounded like rocket science to me which was apt as we were passing a rocket site at the time!

Continuing on our way we were soon turning right onto Sandersons bank road and heading in single file towards Westwoodside where a little blip of a hill reminded us we were cyclists. We had a minor delay when the chain on Andrew D’s bike couldn’t transmit the power he was pushing through it and jumped off but it was soon refitted and we were on our way through East Lound and into Owston Ferry which in 1066 was listed in the Doomsday book as “Ostone”, I love Wikipedia. A right turn here saw us following the Trent through Gunthorpe and Heckdyke which are sleepy villages so it was a surprise when we encountered our second inconsiderate motorist who couldn’t wait a few seconds for us to pass a parked car and decided he could squeeze through at the same time, grrrr.

The rest of the journey through Walkeringham was incident free and the smell of coffee and scones got stronger as we approached our destination and some fuel. Bikes parked and secured the service was good as always and it wasn’t long before we had the usual beans & poached eggs on toast and in a radical departure from the norm I swapped my scone for a big chunk of apple pie with cream with scored a credible 8/10 on the apple pie–o-meter. We spent a little time discussing the upcoming ride schedule and a few suggestions for routes then it was time to get back on the road,

Turning left out of the café Andrew’s chain popped off again, too much power, but was refitted again and we were on the road. Heading towards North Wheatley we had got stretched out a little and Andrew with his chain firmly in place slipped the group and headed for home. The rest of us continued at normal pace, climbing over Strawberry hill and descending into Clayworth. From Clayworth Lawrence and Jon were the lead out team heading up the peloton and dragging from Mattersey into Ranskill at a decent pace.

The rest of the ride back to Tickhill was at a more leisurely pace seeing us back at the Cricket club where we found Andrew relaxing on a bench waiting for a quick chat and debrief in the sun. Looking forward to next week’s ride, who knows it might even be another sunny day! 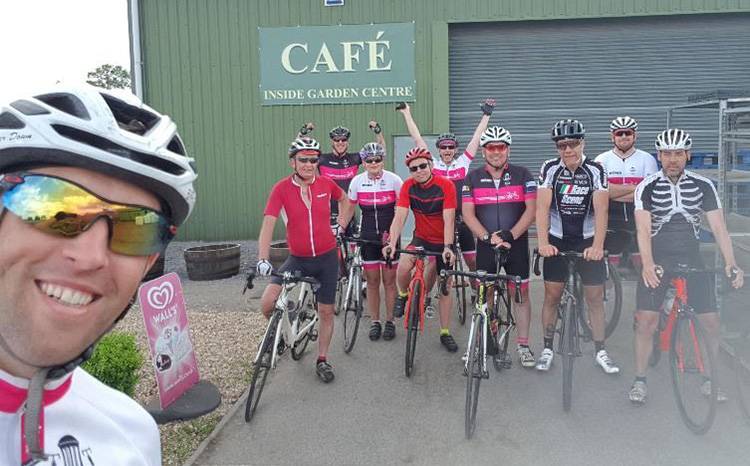 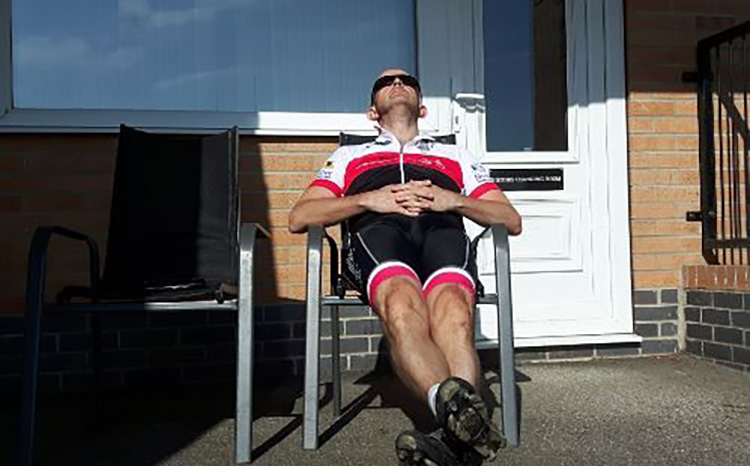 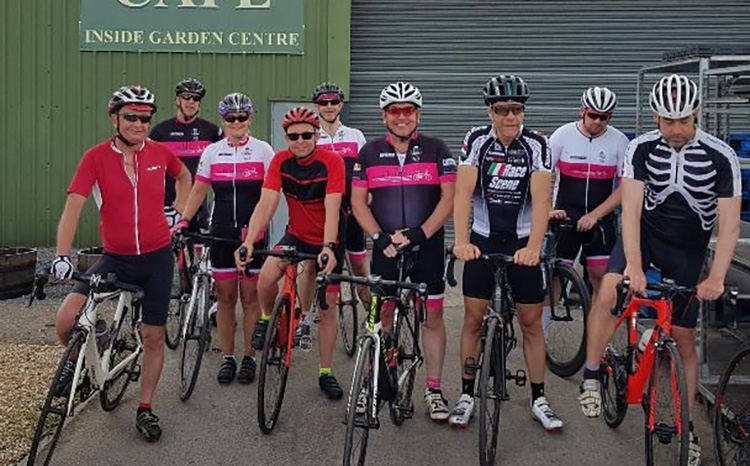