"Don't you be late back"! Came the cry from the bedroom as I was wheeling the bike out the back door. "I won't"! was my reply.

On arrival at the CC many of the Red a Blue riders where already busy chatting away.

Before long I was introducing myself as the appointed Red Ride Leader and a new rider Joe, returning for a club ride after many years away, welcome back Joe. Following the mandatory briefing we set of towards Maltby on route for my familiar "3 miles to Retford Ride" so named because there are many junctions around the route indicating 3 miles to Retford, for me it's actually about 58 miles with aprox 2000ft of lumps.

I was extremely disciplined and for the most part managed to keep the group of 13 eager Reds riding together. As we turned right into Eaton, Rob peeled off to head home, obviously he was adhering to similar instructions from Sue to get back home.

The River bridge in Eaton offered views of swimmers enjoying a refreshing dip, I reiterated my threat to take the group there for a passing swim on a hot day, so watch this space Reds.. up and over the first climb created the inevitable splits but as usual we all regrouped before setting off again. A little adrenaline rush on the 40mph+ decent into Retfords 10 Green Bottles for a slightly disappointing Flat White. After brunch we headed back on the homeward leg

At some point before Clayworth, Gaston, suffered a rear puncture, the rest of the crew waited dutifully for him to catch up, we even sent out scouts. Eventually Gary appeared, snubbing us all as he sailed on by.

Unfortunately Gazza missed the scenic ride along the canal as we detoured through the picturesque village of Wiseton. As we got closer to Tickhill, some riders rode directly home, others ended the ride at the CC.

As for me I wasn't late back and enjoyed a very interesting meal with the dinosaurs, Easter Island heads, dragons, shipwrecks and thunderstorms at the Yorkshire Wildlife Park with the Family.

Looking forward to next week's Ride... 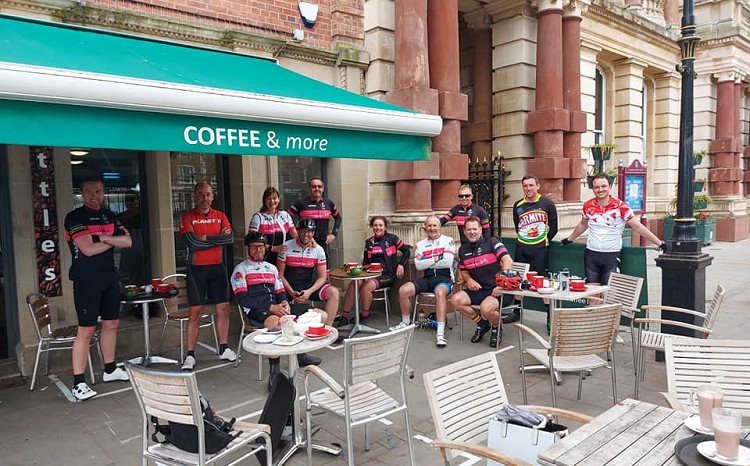 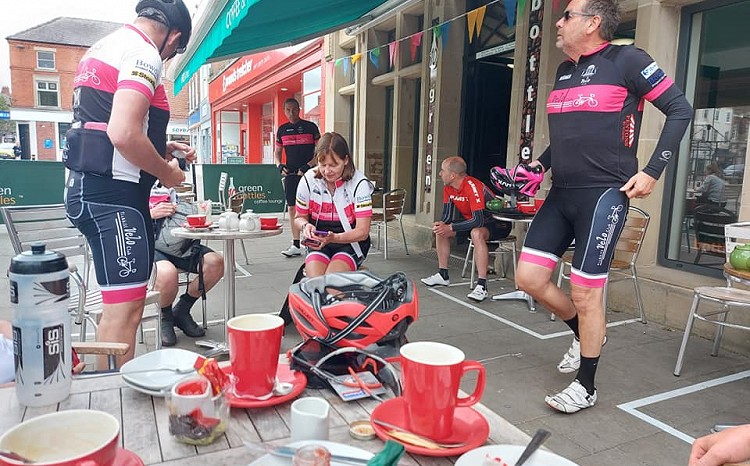