The first feature club ride following Covid restrictions was always going to be popular and 12 riders turned up on Sunday morning for our Humber bridge 108 mile jolly including Robert, who had attempted this route two years ago but came off within the first mile and ended up in hospital so today was going to be all about getting that monkey off his back!

12 riders worked out nicely into two bubbles of 6 and while one was a bit, well a lot, faster than the other we agreed that it would be a good ides to keep each other in sight once we got onto the unfamiliar roads. The weather forecast wasn’t brilliant for the afternoon, but it didn’t dampen the spirits as we rolled out of Tickhill with a cheer as we passed Roberts tumble point from 2 years ago. The first 20 miles were on familiar roads through Bawtry, Misson and Epworth with a steady flow of conversation passing the miles mostly covering the relative merits of hybrid cars vs petrol, tubeless tyres vs tubed and cruise holidays vs resort holiday. Well that was me & Nick, not sure what the others covered. We dropped a rider here as Gary felt rough and turned back so the front bubble became 5, but we got a text at the café later advising he’d made it home and was following our progress.

Crossing the Trent at Gunness always seems like venturing into new territory even though we’ve done the route before, but the scenery is less familiar which again passes the time and miles. The climb into Flixborough slowed the pace of the front bubble a little as usual and the back bubble showed great restraint in maintaining their distance and not shooting past. We normally do a toilet stop at Normanby Hall but the ladies were fine and the gents had watered a few bushes so we pressed on making good time thanks to a slight tail wind for which we would pay for later on in the ride.

The climb out of Tealby once again brought the bubbles close together so at the top while the front bubbliers were catching our breath we let the racing snake bubble ride through to hit the café first. Once on the A1077 and with the Humber bridge in sight it’s ever so slightly down hill so while we retained the tail wind the slow bubble became the “not so slow” bubble and bagged a few Strava medals. The Strava medal hunt was halted as usual by the climb out of Ferriby but once this hurdle was topped we could just about smell the coffee so got to the café 25 minutes ahead of schedule despite stopping for a couple of photos to prove Rob had just about made it to the bridge.

The food and service at The Old Tile works was good as ever and their safeguarding provisions were better than most with contact details being taken and everyone’s temperature being checked before entry. The food was good and while we were there Catherine, never one to miss an opportunity got talking to one of the waitresses who lives near Tickhill, is a keen cyclist and is looking to join a club!

Food consumed it was time to accost a passerby for a group photo with the bridge in the background then we were back on the road and after a bit of swapping about with bubbles to put Paul in the fast bubble and Jenny in the “comfortable” bubble the fast bubble were out the carpark first as we needed to take some more photos of Rob actually on the bridge for the family album. Crossing the bridge was as spectacular as always with not too many pedestrian to negotiate either and we started the return leg on a slightly different route to normal avoiding the hills (sorry Mick) and sticking to the banks of the Humber and Ouse as far as practicable. We had a bubble briefing before leaving the bridge carpark with instructions to follow the ride leader as there were a couple of busy road junctions to negotiate that would probably be safer doing on the cycle paths.

First junction safely in the bag we headed through some posh houses and North Ferriby to the next one during which time the fast bubble got twitchy and over took to take the lead, what happened next was always on the cards, they navigated the second double roundabout complex safely but missed the hidden cycle path which essentially takes you the wrong way down the duel carriageway exit slip road! Of course, they knew where they were going “we were following your Garmin program” etc. that old chestnut! Anyway, we waited, sent out text messages and eventually formulated a plan to re-group at the Garden centre in Howden. So, two bubbles became one bubble just at the time when a few strong riders on the front would have been a good thing as the tail wind we enjoyed on the ride out became a draining head wind for the return leg. Step up Nick and Karl to take it for the team with massive turns on the front.

The next 22 miles were a mixture of lovely little villages, quiet country lanes and open views which if the wind dropped a little would have been very pleasant but it turned into a head down slog that we’ll have to do in better weather to fully appreciate. Eventually we made it safely to the garden centre but not before Rob had a close call with a horse! We did a textbook approach from behind, slowed down, made our presence known to the riders with a cheery hello, exchanged pleasantries with the two riders as we slowly rode past. All well and good until Rob, our last man, was passing the last horse when it decided to do bizarre dressage sidestep the width of the road nearly taking him out! Bl**dy horses, bet they don’t even pay road tax!

The fast bubblers were waiting for us at the garden centre where we had a chat and an ice cream but the dark clouds were gathering threatening the forecast rain and there were still 37 miles to Tickhill so with no further delay we set off, fast bubble first. We made it over Boothferry bridge and well into Rawcliffe before the first drops of rain started but once they started they got heavier and heavier until it became proper rain but we took the decision to press on rather than stopping for waterproofs, once you’re wet you’re wet right.  The wind persisted but at least it moved the showers on but never enough to dry out. It did ensure the thunderstorm didn’t hang round too long, after his close call with the horse I think being struck by lightning would have finished Rob off, literally!

As we dabbled around the quiet country lanes around Sykehouse, Braithwaithe and Kirk Bramwith the bubbles met up and parted a couple of times as we entered Doncaster via Stainforth which perhaps isn’t the most picturesque highlight of the route but it meant the end was getting nearer which was good as legs were beginning to ache. Our last regroup was in Hatfield Woodhouse where we mentally prepared for the 5 mile straight to Blaxton roundabout and the last few miles through Finingley, and Bawtry to arrive back at the Cricket club after being towed home by Jenny with 108 miles on the clock.

Great ride in some challenging conditions, chapeau to all who turned out and put the miles in despite the wind and rain. Special Club brownie points to Nick, Karl and Jenny of the comfortable bubble for getting the Chairman back in one piece! 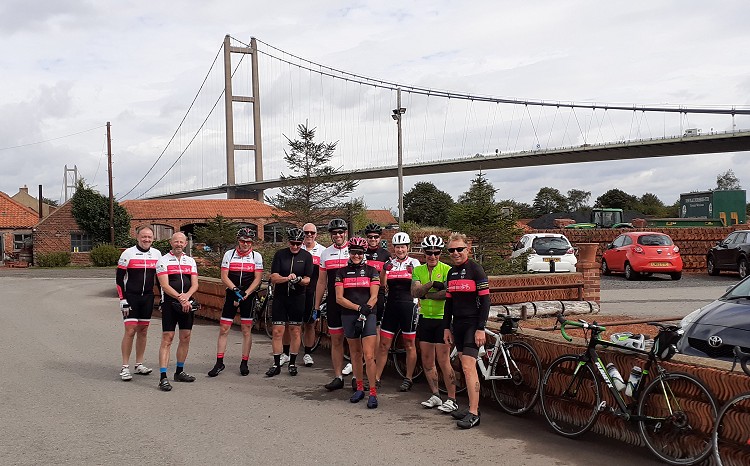 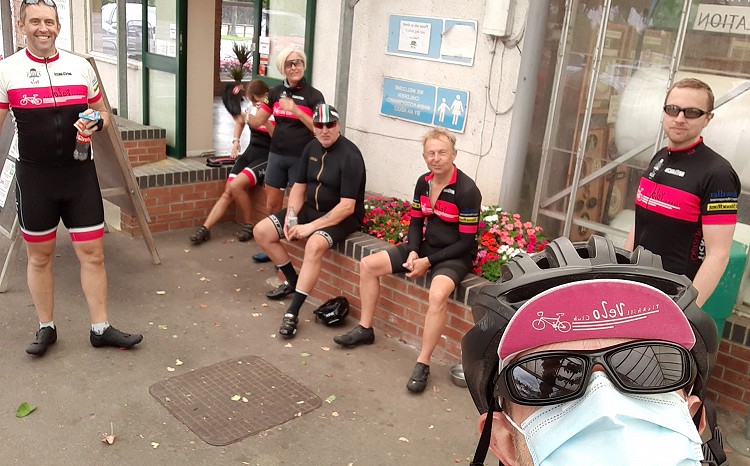 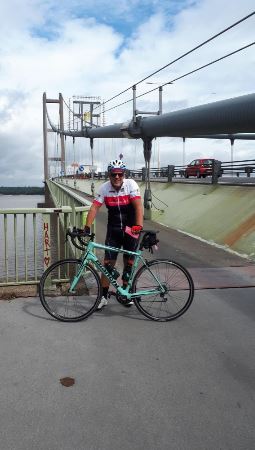 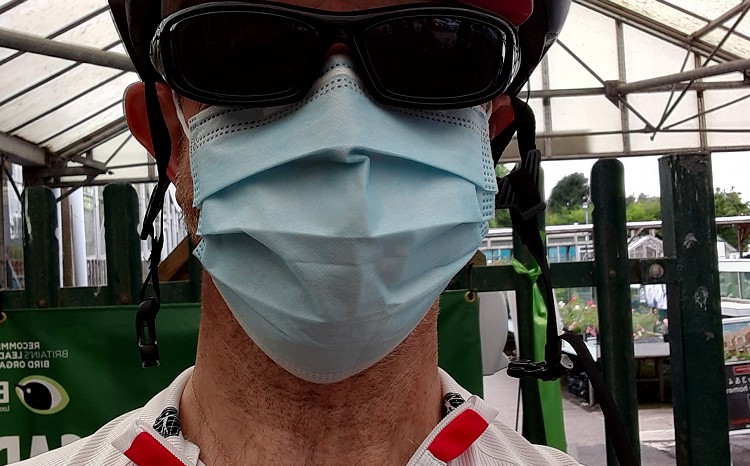