There are only so many routes around Tickhill and when you’ve only got a couple of hours on a sunny evening it’s even more of a challenge. The plan was to head out towards Thurcroft then do a bit of off roading along the Old Mineral Line, but Facebook intel said it was over grown and impassable. Never being ones to shy away from a challenge we agreed to give it a go, what could go wrong!

Eight riders arrived and signed in at TCC and it became apparent that a new boy band would be forming as we rolled out of Tickhill, the Martin & Martin Comfort Bubble! The roads were familiar as we headed though Firbeck for Laughton passing the usual left turn up Kidd Lane. M&M had a lovely chat on the gentle climb passed Ledger Lakes to meet the others who were waiting for us at the end of the road, well at least they weren’t going to get cold while they waited.

The sun was shining through the trees in the church yard which would have made a lovely photograph but no time to stop as M&M were on the front and we didn’t want to lose the advantage. Right turn after the church for a rewarding descent proving the gravity isn’t always a bad thing. There was a little tension in the group as we arrived in Brookhouse but all breathed a sigh of relief as we ignored Bid lane and headed for Thurcroft.

At the old railway bridge it was time for our off road adventure, well not really off road as it is tarmaced but we were potentially venturing into Triffid alley. As with most things on Facebook, the reported Amazon forest was an exaggeration, yeah a bit of pruning was required but had no problems navigating the sun dappled bridle path.

It was a stark contrast to be ejected into an industrial estate, but all good things have to come to an end. The next leg was along Brampton straight mile where M&M had another lovely chat while making our way into Ulley and descending again to Ulley Reservoir. What goes down must go up so we began a series of steady climbs through Upper Whiston during which I found out that my M&M partner hadn’t heard my Owston Ferry story which passed a couple of miles!

Morthen Hall looked lovely bathed in evening sunshine, another photo opertuinity, but time was getting on and the shadows were getting longer so we rode on through Thurcroft and back towards Brookhouse. Another sigh of relief as again we passed Bib lane to head down Abbey Lane and Roche Abbey.

Once the climb back up to the A634 road to Oldcotes road was behind us it was a straight run back to the Cricket club. The fast bubble got there before M&M and were rehydrating with a pint of lager! The advantages of getting back first I suppose, note to self, get a wiggle on next week or take a beer short cut!

Great to be out & about in the sunshine. 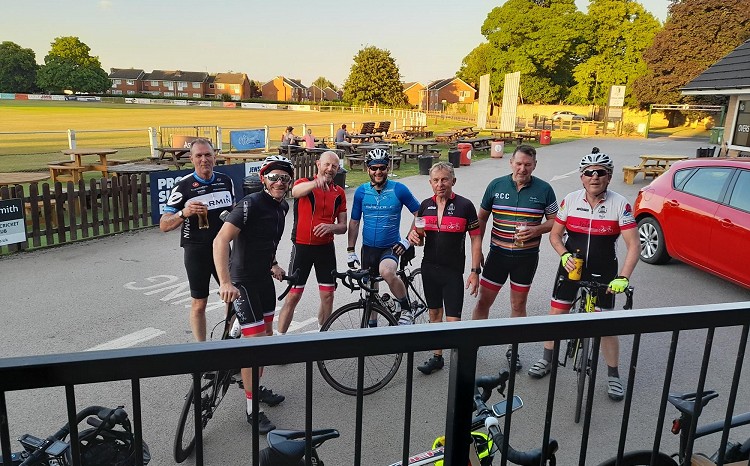 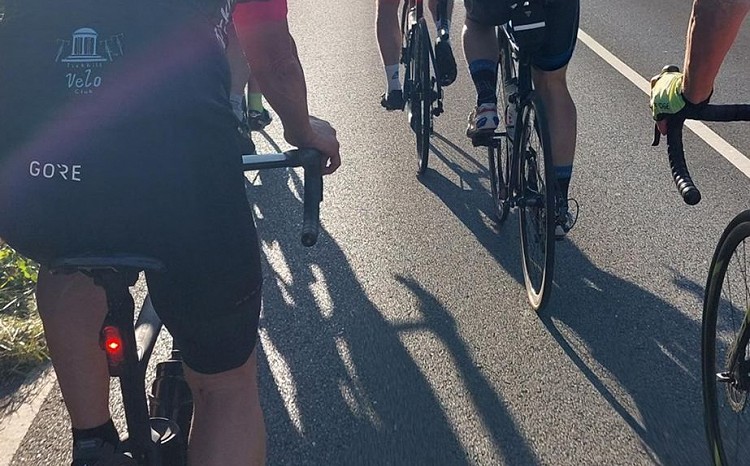 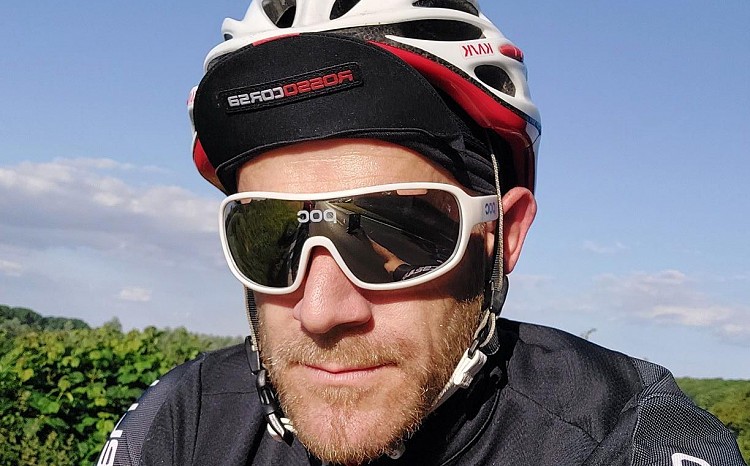 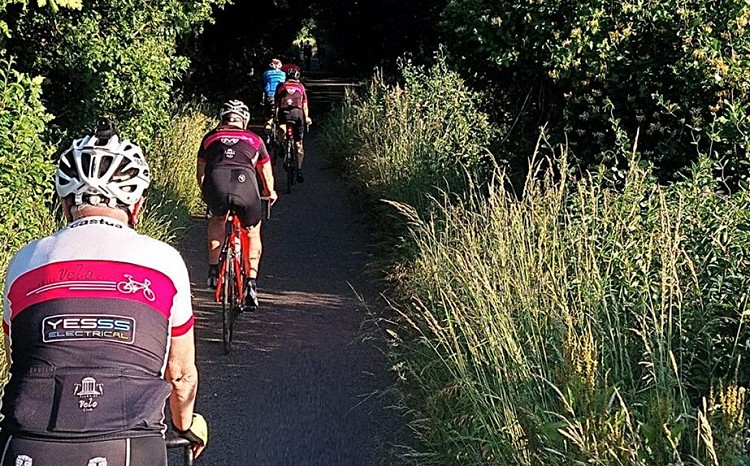 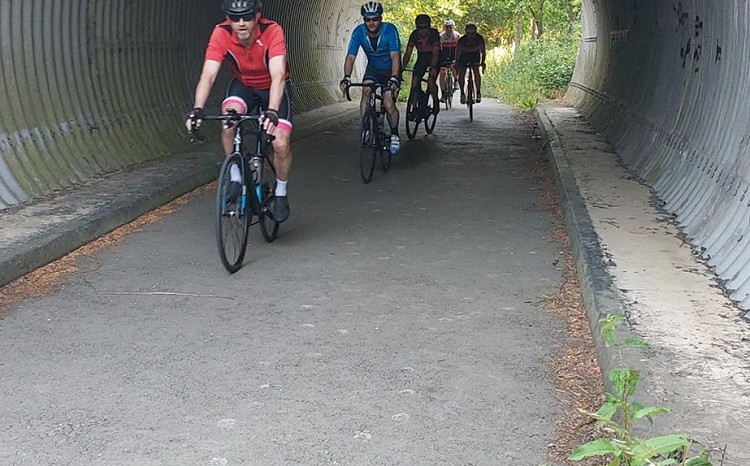 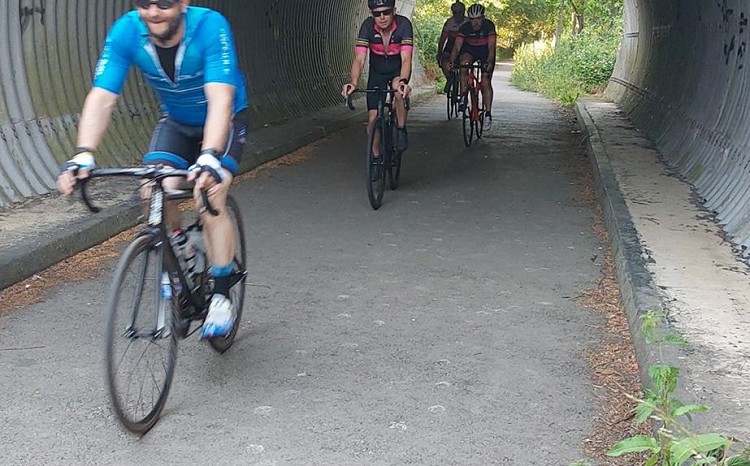 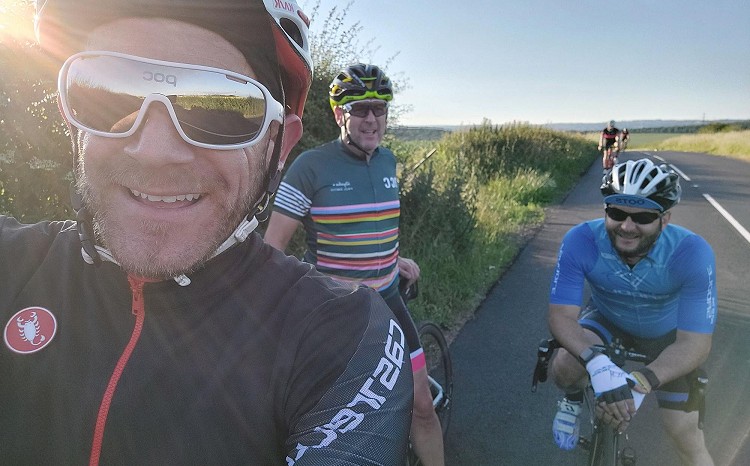