The midweek ride route was my choice this week and a coalition of the willing, (six of us in total) set off from the cricket club and headed out of the village and up Apy Lane for a 27mile loop with just over 1300 feet of climbing.

Clifton hill was the first challenge, followed by Addison Road in Maltby and then up to Hooton Levitt. Now if you care to compare my time to that of my fellow rider David Lee you'll see I was a second quicker than him. However what Strava doesn't show you is that he stopped, got off his bike and went into the woods to water the bluebells and then came back, got on his bike again and carried on up the hill. It was a hollow victory

But no matter, we rode the rollercoaster that is the newly surfaced road to Slade Hooton and then down the hill to Brookhouse.

After a climb up to the church at Laughton en le Morthern, we took a slight detour and had an impromptu history lesson from our headmaster Martin Bagshaw and we looked out across South Yorkshire towards the Peak District.

Off again down past Leger Lakes and through Firbeck where John said farewell. On the way back to Tickhill the guys were giving it full gas and Martin Bagshaw proved he was no slouch as he managed to stay with the TVC Express.

He was obviously so elated that he got the beers in! Cheers! 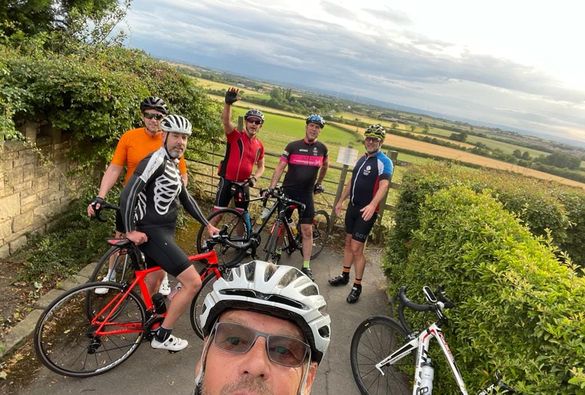 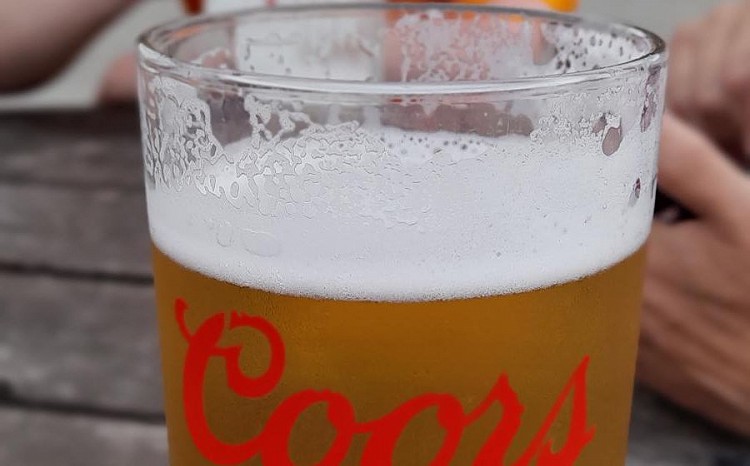 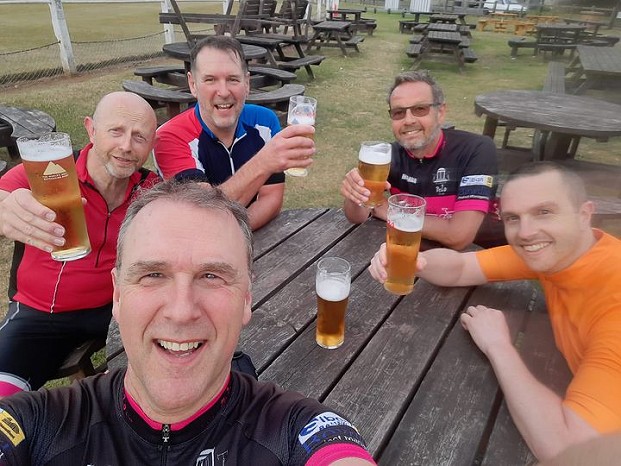