As I don’t have Gary Durham levels of sardonic wit or Shakespearien script I will stick to simple cycling facts for this report!

For me it was just lovely to be back on a club ride after a few months where family commitments and other riding priorities had ruled me out. The lovely weather was just an added bonus.

FAB to see so many old friends and familiar faces at the cricket club and a few new faces too.

With Mr Chairman Martin Bagshaw returning from a scone tasting week in Cornwall it was Pete and Jenny Down that set the route and assumed the roles of ride leaders on the split RED ride.

I joined RED RIDE assuming that it would be a relaxing cool down from my first 7am BLACK RIDE of the year. I was wrong!

As it turned out the RED RIDE is now pretty quick!! Pete assumed TT mode and set a solid pace from the off and as we exited Harworth it struck me that we surely couldn’t leave him on the front taking the wind resistance all morning so I abandoned my pleasant catch-up with Mark and took over lead duties through Serlby and out of Ranskill where Jon clearly got the MEMO and took his turn on the front.

That set a pattern of things to come with Jon, Pete and myself taking turns on the front and maintaining a solid 20mph plus pace. Catherine was doing well to hold the wheels comfortably. Mark was using the excuse that he didn’t know the route (that old chestnut Mark) and Adi was clearly saving his legs for the return journey and for a very strong push out of Epworth to the cafe at Sandtoft…clearly keen to get to the front of the cake queue first!

I have to say that having ridden recently on the OOTS and the Donny CG this TVC red ride has equal levels of discipline and maintained a tight formation all of the way only losing shape on a couple of the climbs in and around Wiseton and Gringley.

Note to Jenny: FAB ROUTE but the section from Wiseton to Gringley should really only be done in reverse. Lesson learned and always good to try out new routes.

Taking the new route to Epworth from Gringley was however a master stroke (chapeau Jenny) as we all loved the rollers and the 25mph average through that section.

At the cafe we enjoyed better service that RED GROUP B who arrived shortly after us and we all enjoyed the sun and a well deserved restocking of the energy levels.

Whilst discipline was maintained on the road one has to bring to the attention of the Committee that some clothing etiquette regulations were breached.

I particularly draw attention to the Velominati Rules #27 and #28

Shorts and socks should be like Goldilocks..not too long and not too short!

No socks is a no-no as are those ankle length ones that should only be worn by female tennis players.

No names mentioned here as what goes on the road stays on the road but Mr Chairman needs to have a strong word with….himself!

Breach of sock etiquette aside the RED GROUP A carried on post cafe without me as I attempted to resolve some kit issues with RED GROUP B Riders and help that group with some through and off chainganging on the way home.

RED GROUP A clearly didn’t need me on the way back and maintained their impressive pace into the wind and along the draggy Hatfield TT outward stretch and through Finningley, Austerfield and Bawtry to return to the cricket club with plenty of time to spare before the Football and a few well deserved beers.

Pete had been struggling with cramp and despite a few friendly ties from Mark, Adi and Jon finally got dropped but manfully rode home solo to join the others not long afterwards in Tickhill.

A very impressive, disciplined and above all friendly ride and the perfect welcome back to the club for myself.

Thanks guys and girls.

It really was a pleasure. 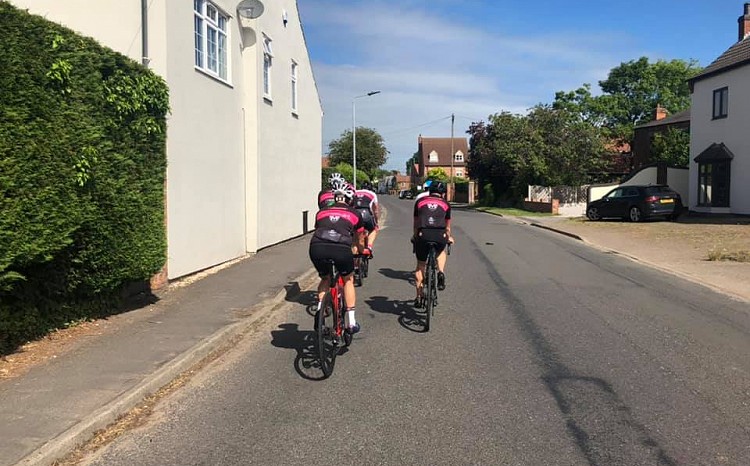 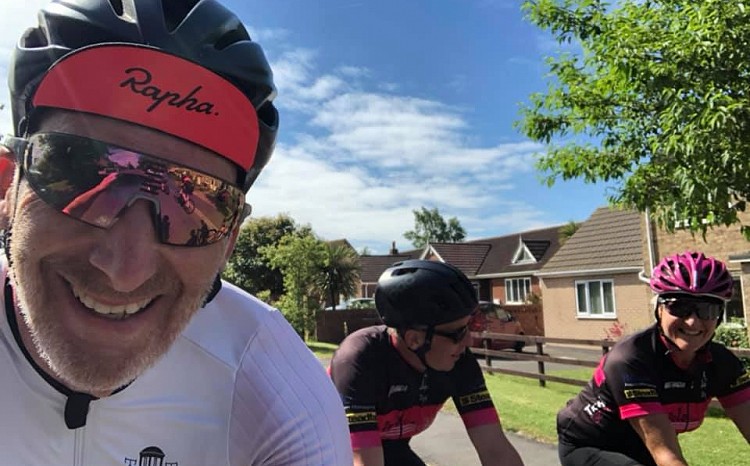 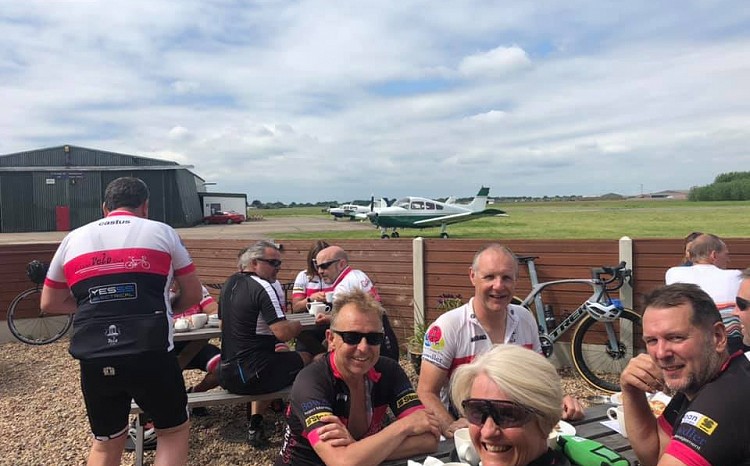 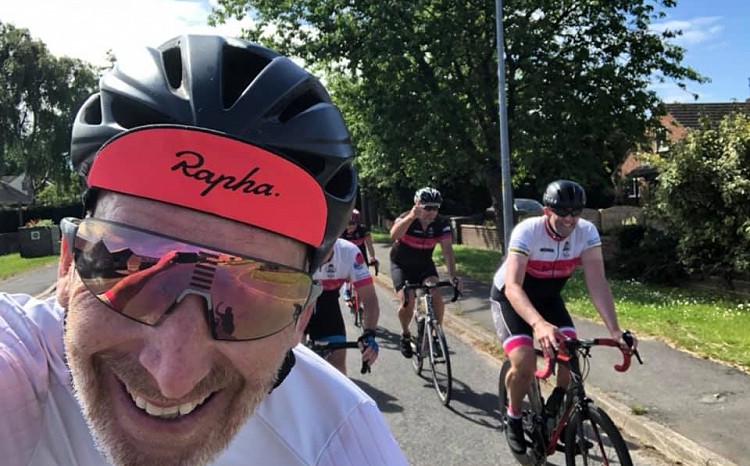 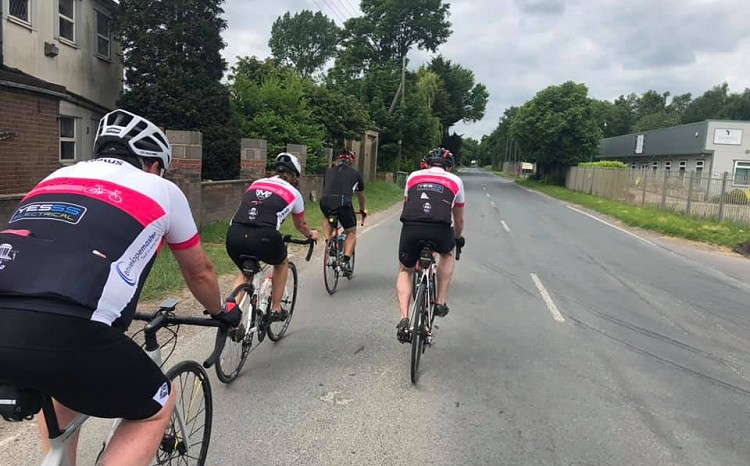 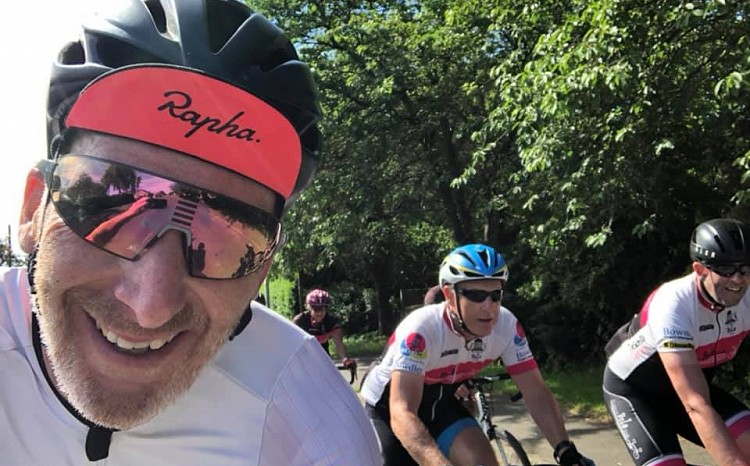 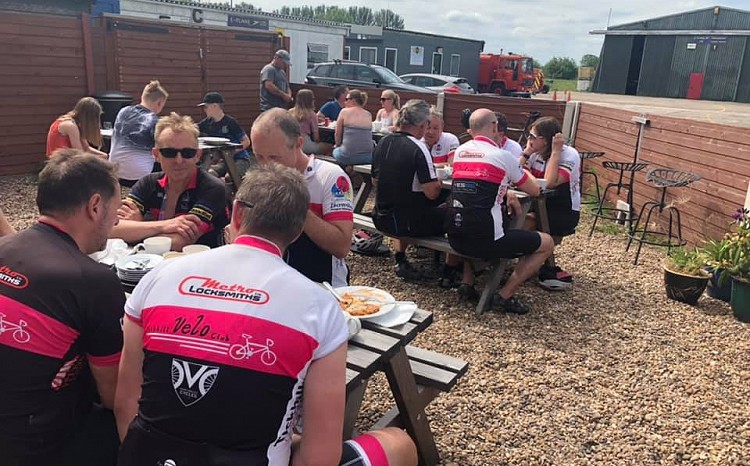 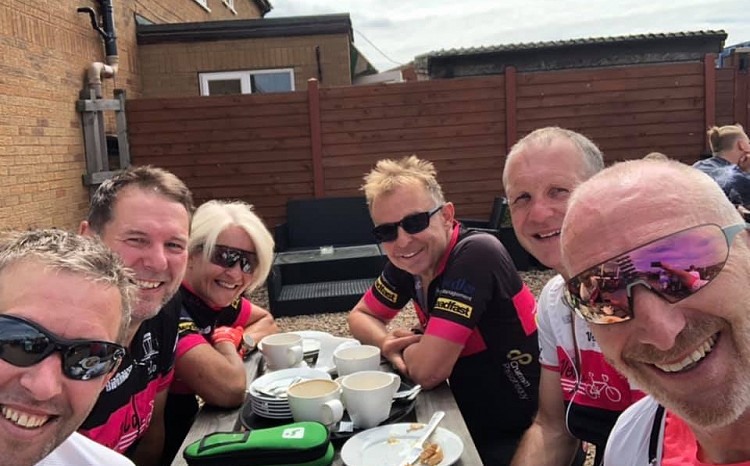