The initial 49mile route had been very generously reduced to 46miles by Mr Chairman and ride leader Martin due to the extraordinary heat levels. After a short ride briefing (and some fashion tips from Steve) two groups were formed with plan A being for the faster group to arrive at the Old School Tea Rooms in Carburton ahead of the second group. So much for Plan A as Catherine’s power meter failure meant that the fast group of Gary, Jon, Andy, David, William and Catherine pulled over before we had even exited Tickhill village.

Hey Ho…plan B it is then: foot down in single file on the JB train to try and catch up again! A PB up Malpass Hill is testimony to the effort that was going in very early into the ride!

Martin and his group were holding perfect formation up ahead and given the narrow, technical and somewhat uneven nature of the Techno Tube section the group remained a large group of one until we got back into the main road and the section through Firbeck (I guess this was Plan C…?) where Jon and Gary re-joined having avoided Techno Tube and the two groups could reform.

Experienced riders from the TVC know that this route out through Letwell, Woodsetts, Anston and Kiveton Bridge actually has a whole bunch of nasty little climbs and, given that even at this early hour the temperature was already well into the 20’s, discretion and conservative riding was essential. Unfortunately for young William conservative riding is not part of the mindset of a 14-year-old boy clearly looking to show off his obvious talent. After three impressive efforts with David happy to ‘join in the fun’ William was the unfortunate victim of chest cramps which ultimately led to severe heat exhaustion as we summitted the Butterfly House climb. To his eternal credit William was only concerned about not spoiling the ride for the rest of the group and was determined to carry on but the much more sensible group decision was to wave the white flag and given the close proximity to Chairman Bagshaw’s house William was soon cooling off in Martin’s car and then awaiting parental collection and recovery back at home.

Lesson learned. Electrolytes and salt in water bottles are essential on hot days as is conserving energy as much as possible. I am in no position to comment having crashed into the back of the school bus whilst ‘drafting’ on a downhill section outside school when I was fourteen

Think we are now on Plan D…?

The one where the ride leader isn’t with us anymore and nobody is 100% clear on the route!

But we are on well cycled routes so off we go again briefly as one big group before we settle into our two groups again with a sensible overtaking gap in between. It must be said that, on the rare occasions, where we rode for more than 5miles without incident the pace was excellent from both groups and formation was tightly maintained

So plan D it is….crack onto the cafe and a well-deserved break and replenish the liquid supplies. What could go wrong!?

Well JB hitting a pot hole at 40kmh and the inevitable puncture of course! A Mercedes style speedy tyre change by Jon & Andy (two Co2 canisters required) was quick but there was still concern that the second group hadn’t caught up again….maybe they’d switched straight to Plan E without us knowing?

Well sadly it was worse than that as Jenny had lived up to her name and gone “Down” after her chain slipped off. Fortunately there was little damage to the bike or other riders but Jenny was shaken up and had done remarkably well to get back up and carry on. Very brave indeed as, when we finally reached the cafe, and the adrenaline had subsided Jenny was struggling to put any weight on her ankle and was in no state to ride on.

Coffees, scones, beans on toast (no butter Steve) and cakes the obligatory group photos were taken and Jenny was left in the capable hands of a few old ladies with cold, wet tea towels and an endless supply of Earl Grey. And plans for a new bike???

Plan F…one group will try and TT Pete back to the cricket club as fast as we can so that he can pick the car up and drive back for Jenny. A second group will take the steadier option and enjoy the ride home through Clumber, over the A1 into Morton and home via Barnby Moor and Serlby.

Thank goodness for new member David who, despite having already completed the Black ride earlier, held a great pace ably assisted by Jon and Gary for a great 20mph plus average all the way home. Well done to Catherine for sticking womanfully to the wheels too

Andy jumped off the train at Harworth for an easy last few miles home and proof of the speed on the route home plenty of PB’s on roads that I’ve ridden many times and a 29.5kmh average for the 135km covered on the BLACK and RED rides.

Jenny was home with her feet up and a cold compress being tended to by Pete.

And all riders were enjoying some well deserved hydration and recovery.

Chapeau to all riders notably Martin for nobly giving up his ride to tend to William’s safety, to Jenny for her bravery, to David, Jon and Gary for the speedy train back to Tickhill.

Look forward to the next, less eventful, ride

PPS: yellow cards issued on the shortness of sock length to both Jon and Peter 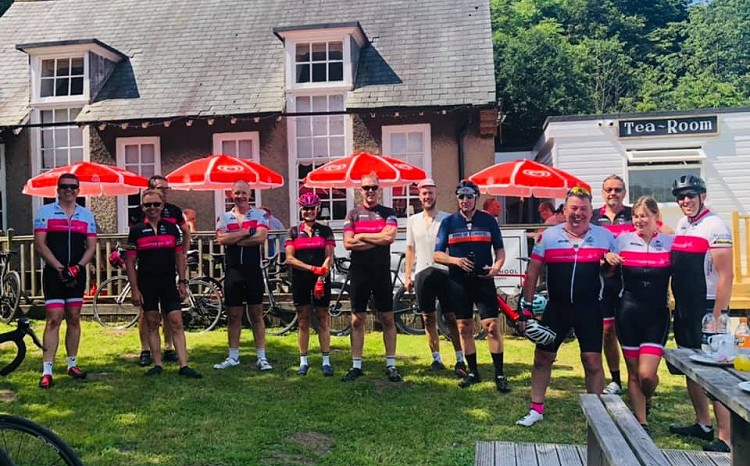 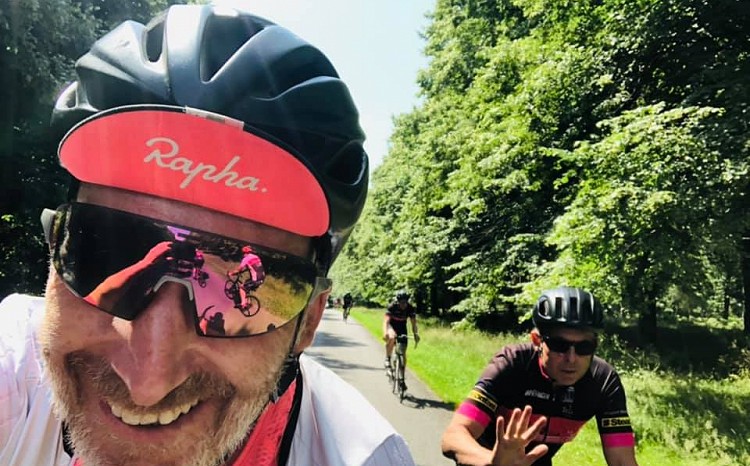 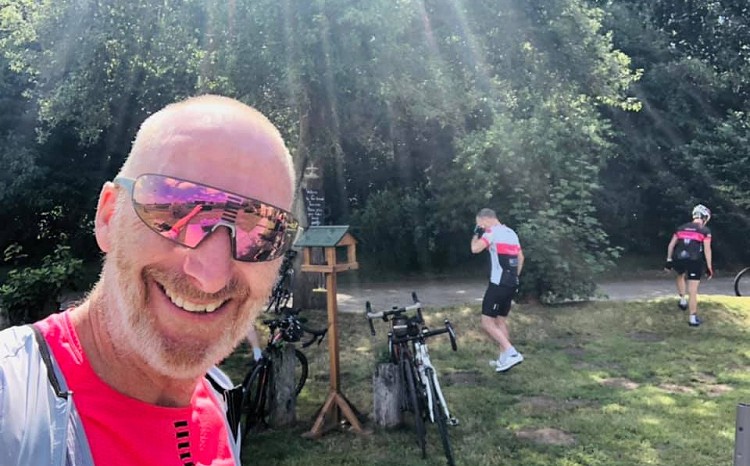 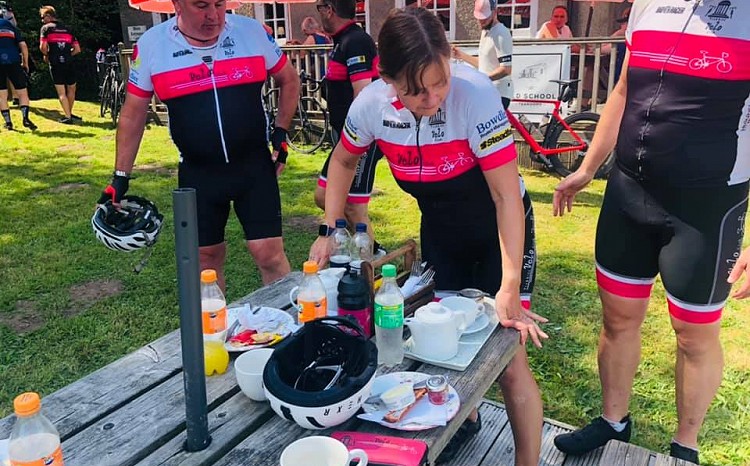 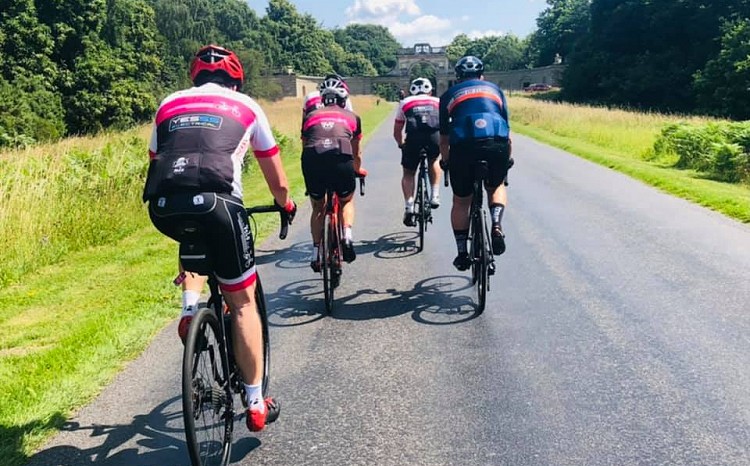