The plan was to meet at 08:30 in Bakewell main carpark for an 09:00 roll out to avoid the crowds. I arrived on the stoke of 08:30 to find a lone rider in TVC colours doing laps of the empty carpark trying to keep warm, well at least there would be two of us. Parking up it became apparent why the carpark was empty, it was early, and it was freezing! On with the Wooley hat and waterproof to maintain body temperature.

The lone rider was Stephen, and I was initially impressed thinking he’d cycled in from Tickhill as there was no car but being from Yorkshire, he’d parked further up the road to save some money. Next to roll in was Dave, again athletic hopes were dashed as he too had parked up the road rather than riding in. New member Mick rolled in next for his first feature ride with the club, nothing like starting with a big one, hope he’s a climber, we’ll find out soon.

It was looking to be a good turn out as Adrian & Dan rolled in, sharing a car to help the environment, followed by Pete & Jenny, sharing a car because they’re married & live together! After a while 09:00 drew near and it was apparent our peloton of 8 was complete, so last-minute toilet visits were made and we rolled out onto relatively empty roads.

Faced with John Musgrove’s 40-mile route incorporating 4,000 ft of climbing, the first mile is a climb out of Bakewell which always plants that seed of doubt, how am I going to get round if I’m blowing up in the first 5 minutes! A brief pause to replace a dropped chain helped but the first 6 miles to the base of the first feature climb does have a few lumpy bits to stretch your legs and stretch out the peloton. My question about Mick’s climbing ability was answered as he disappeared up the road with Dan, Adrian, and Dave, looks like we might have another potential TVC entrant for our Hill Climb in October.

30 minutes after leaving the carpark our 6-mile lumpy run in the foothills was over and we were in Grindleford and at the bottom of the first major climb, Sir William Hill which at over a mile long, starts off at 18% before levelling off to an energy sapping average 14%. We always say “it’s only a hill, get over it” which we usually do but some take a bit more time than others. As usual we all made it and took five minutes to allow heart rates to normalise take in the view.

After another mile of more sedate climbing, we peaked out at 1,200 ft above the carpark and began a rewarding 5-mile descent through Bradwell to pick up the road to Hope where we planned a refuelling stop. We did have one hiccup on the descent when we were nearly taken out by a clown in a convertible Aston Martin who came round a blind bend on our side of the road after a dodgy overtaking manoeuvre, the first and hopefully last incident of the day.

Last time we did this route the service at the cafe wasn’t brilliant so we planned to call in at Café Adventure instead on the understanding that it was mountain bikers haunt, and we probably wouldn’t fit in the baggy shorts brigade in our tight lycra. As predicted the place was heaving with “dudes” talking about dropping in on radical climbs and “getting good air” over jumps so we moved on to the Grasshopper café for a much more civilised break talking about the merits of waxing chains rather than oiling them.

Here Pet & Jenny had to leave us as they were dog sitting for a friend and were worried what presents the mutt would leave them on the carpet if they were out all day 💩 so the peloton reduced from 8 to 6.

Dan was keen to get into the Mam Nick climb, but we had 5 miles in the foot hill to negotiate first on the undulating road through Edale to Barber Booth, all the time conscious of the 1,400 ft ridge on our left we were about climb over. Before long Dan got his wish and with granny cogs engaged, we puffed & panted up and over the top of the highest point of the route meaning it was literally all downhill from here.  Circled by paragliders and under the watching gaze of hikers who were thinking these guys need to find a new hobby, we caught our breath again.

The next 12 miles from Mam Nick to Cressbrook was on some of the nicest roads in the Peak with little villages, secluded gorges and challenging little climbs, so much for it being all downhill, before we found ourselves in the bottom of Cressbrook Mill where Steve took us on a detour to see his secret oasis and very nice it was too.

This was a distraction from the final obstacle standing between us and the finish line, the Monsal Head Hill Climb! Shorter than the other key climbs we’d completed but still not to be taken lightly but with the promise of an ice cream at the top we all made it to the top, some faster than others, well done Dan.

There was a brief discussion about the merits of a pint at the pub rather than an ice cream but being athletes, we opted for the ice cream 🍦 and with just three miles left to cover it was officially all down hill back to the carpark.

Top ride with good company and talking about it in the carpark the hills weren’t that long, and steep were they – YES! but we’ll be back again. 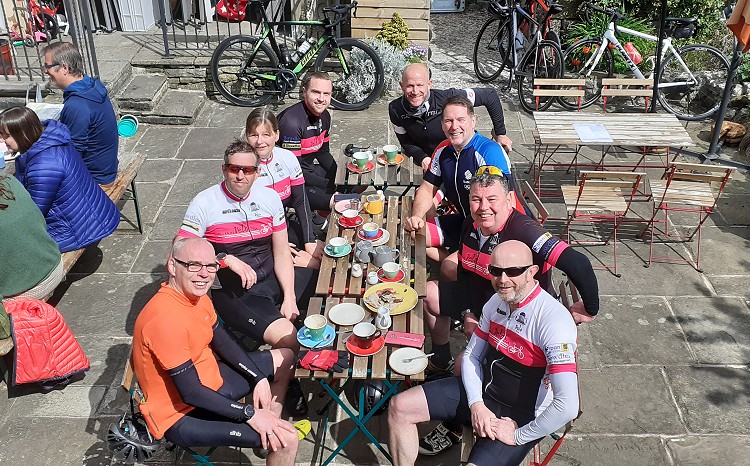 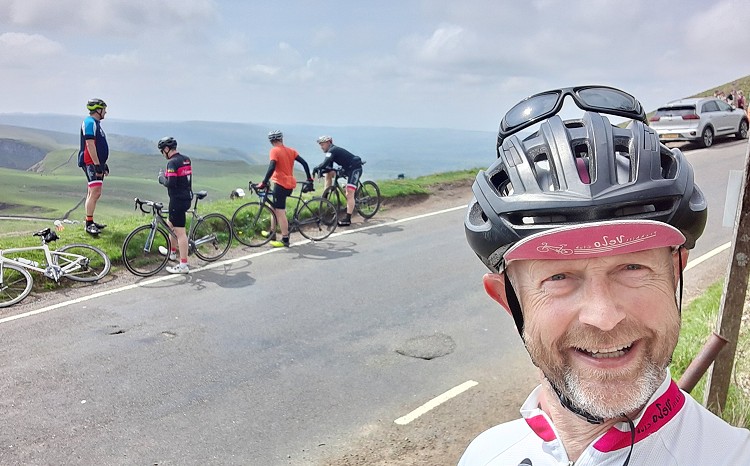 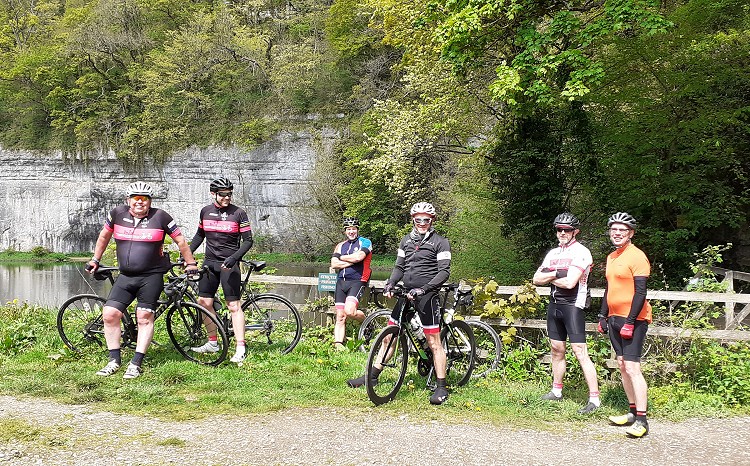 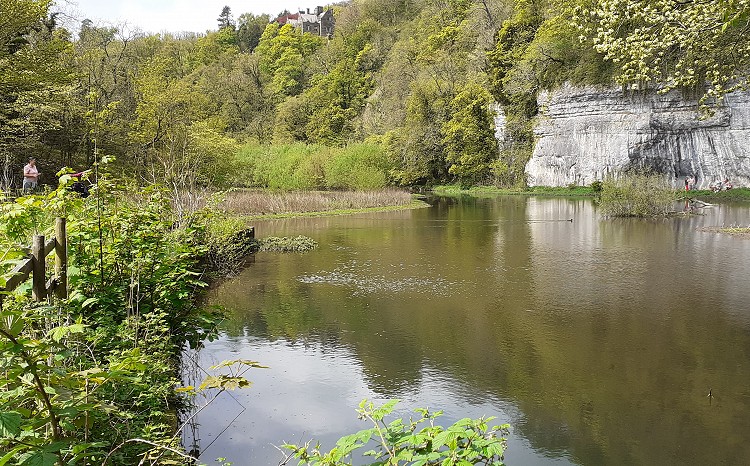