It was a warm(ish) autumnal morning as we gathered at TVC HQ and since our Chairman and ride leader was away Pete and I had plotted a route which wasn’t the usual way to Happy Café, which concerned Jon.

Pete’s bubble set off first with a ‘cheerio’ and ‘see you at the café’ true to form the faster bubble were soon out of sight.

Our comfort bubble set off up Wilsic Road in tight formation and then left towards Old Edlington, Lawrence unfortunately had left his legs in the Peak District after his epic ride on Saturday and he made the brave decision to turn back.

The route took us through Warmsworth and down the switch backs, over the River Don and up the hill into Spotbrough, which was most of the climbing for the ride over with! We carried on past Cusworth Hall towards Bentley, Arksey, Stainforth and Hatfield. From Hatfield it was a series of long straight roads to the café. Nick and Rob set off like a pair of whippets trying to see how fast they could accelerate. Denise made it to the café in one piece and ordered a well-deserved bacon sandwich.

Pete’s bubble had arrived about 10 mins before us and were already tucking into their food. Adrian was slightly concerned about the number of wasps flying around, so after Pete had taken the obligatory socially distanced photos, their bubble set off.

Denise armed herself with some Haribo for the return journey and our bubble set off down Idle Bank, at the end of the road Nick bid us farewell, and set off to complete his 100k. The rest of us continued at a fine pace through Misson, Bawtry and back to Tickhill.

Chapeau to Denise for completing her first Red ride

Thanks to Michael, who downloaded the route and help me with the navigation!

Cheers to Nick, Rob and Kez for taking turns on the front

Meanwhile in the other bubble! We rode at a comfortable pace with Jon repeating ‘this isn’t the way to the Happy Café’, this was until Stainforth when both Jon and Adrian worked out the remainder of the route to Sandtoft. This was when the pace increased. Turning off the main road near Hatfield Adrian instigated a chain gang, this was working well for most of the long straight road. But was brought to an abrupt end when there was a slight collision, all party’s remained upright and had no injuries. The pace remained swift to the café.

The ride back to TVC HQ continued in the same pattern with everyone taking a turn at the front to keep the pace up. As we neared Tickhill Jon peeled off to head home. The remaining 3 riders arrived back at HQ without further incident.

Hopefully a good ride was enjoyed by everyone! 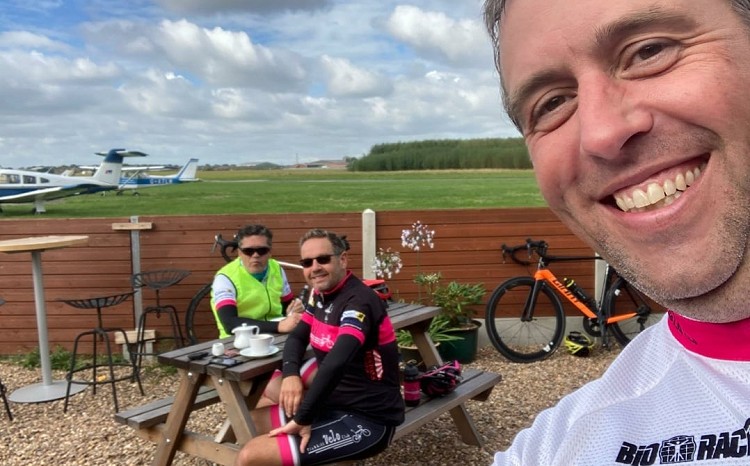 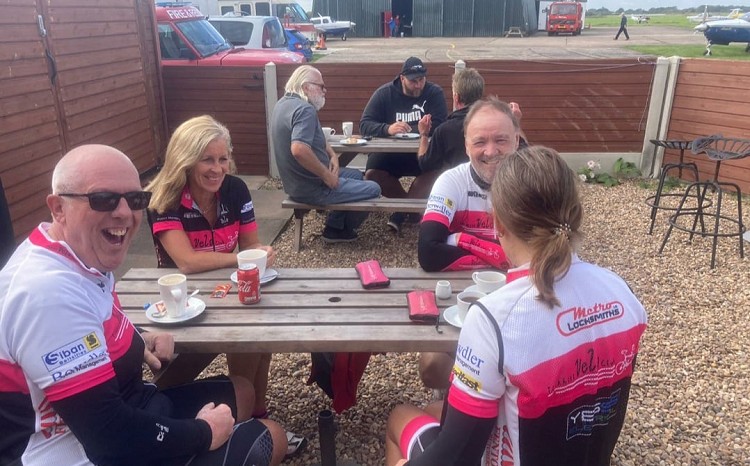 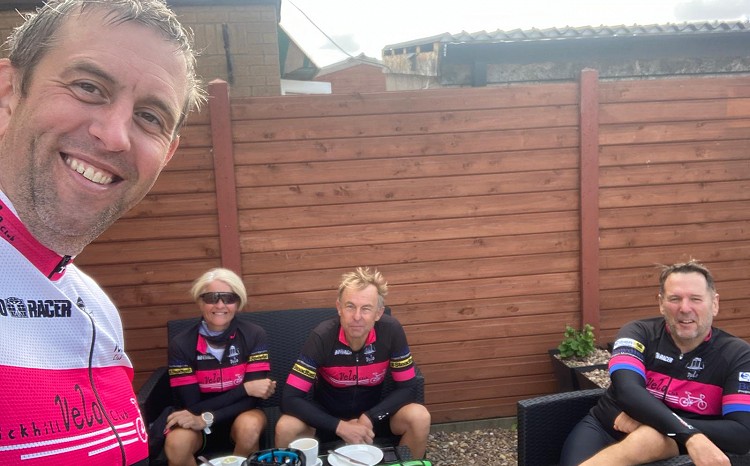