We are into May and still in winter gear as the temperatures continue to be disappointing, while most opted for a few layers, some opted for shorts, clearly had their Ready Brek before venturing out. Following on from the positive reviews from the Blue ride last week and a recommendation from Diane the plan this week was for the Red ride to head out to the Iron Horse Equestrian Centre and tryout their Hayloft Café.

No Pete Down this morning as he was flying club colours at Bakewell Time Trial and Jenny had found the car with a flat battery, so we were two regulars down with only 8 riders reporting for duty. After a bit of persuasion Cath was encouraged to join Dave & Jon to form a fast group while the remaining five riders formed the comfort bubble.

After confirming Dave had the route in his Garmin, and knew where they were going, we all departed and watched the fast bubble disappear down Sunderland street. Heading out of Tickhill up Apy lane the smaller group allowed for the conversation to flow so much so that the ride leader, me, missed the planned turn meaning we were heading for five lane ends rather than the planned route along Rakes lane. Not to worry, the fast lads were down the road and would be none the wiser which was a good thing following the grief we have given them for getting lost on previous rides.

The ride down through Edlington was quick as usual but the Sprotborough hairpins were a bit more of a squeaky bum affair than usual on shiny wet roads. Everyone made it down and after crossing the river and ignoring the usual left turn, we climbed through Sprotborough village and head out into the countryside. The sun was shining, and things were starting to warm up as we passed Brodsworth Hall and headed to Hooton Pagnell. We were well into the ride now and still no sign of the fast bubble so perhaps Dave’s navigation skills were up to scratch.

Crossing the busy A1 over the footbridge we were soon back on the country roads and heading into Campsall where Lawrence had a brush with an over enthusiastic motorcyclist then as we rolled into Askern, with just a couple of “Martin Miles” to the café, we were caught up by a group of six riders, three of which were our fast bubble! Turns out when we ventured off the planned route, they had followed it, had a puncture which while they were repairing, we swept by leaving them behind us to play catch up for twenty miles.

Needless to say there was a bit of leg pulling while we waited for our food and drinks. The café was busy with dozens of cyclists sitting in the sunshine, bizarrely Diane knew them all or so it seemed as she circulated from table to table. Despite the full tables the service was relatively quick and the food excellent. While we were resting and catching up on gossip the clouds gathered and the rain forecast for 13:00 looked to be arriving early so after a couple of quick photos the fast bubble saddled up and disappeared down the road with our bubble five minutes behind.

From Moss we headed towards Kirkhouse Green where who should we see coming towards us but Jenny, clearly recovered from her flat battery! Turns out she had ridden into Tickhill from Killamarsh then ridden our route in reverse until finding us, 10/10 for dedication! While we were catching up with Jenny’s ride two other Tickhill Velo riders came past, Diana and Christine out for a solo ride after having a lay in and not getting to Tickhill in time for the 09:00 rides.

So, our comfort bubble of five grew to six as we headed through Stainforth in a bit of a shower, not a lot of rain but enough to wet the roads and create spray for everyone other than the front rider. Kerry took advantage of this on the five mile stretch from Hatfield to Blaxton taking a big turn on the front pulling us all along behind. The new tarmac on this leg made things a bit easier but it was still a slog till we got to Blaxton roundabout where Pete had arrived with the car to take some photos as we passed by.

Kudos to Jenny here as it must have been tempting to jump in the car but credit where credit is due, she stuck with us through Auckley and Rossington where Diane peeled off for home while the remaining five got tucked back in behind Kerry for the final leg along Stripe road and back into Tickhill.

Another great ride and a new café to boot, well new to me anyway, and one that will definitely be visited again. 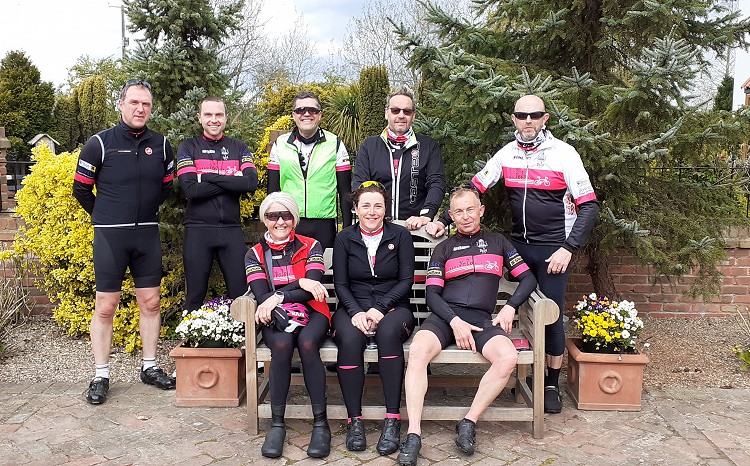 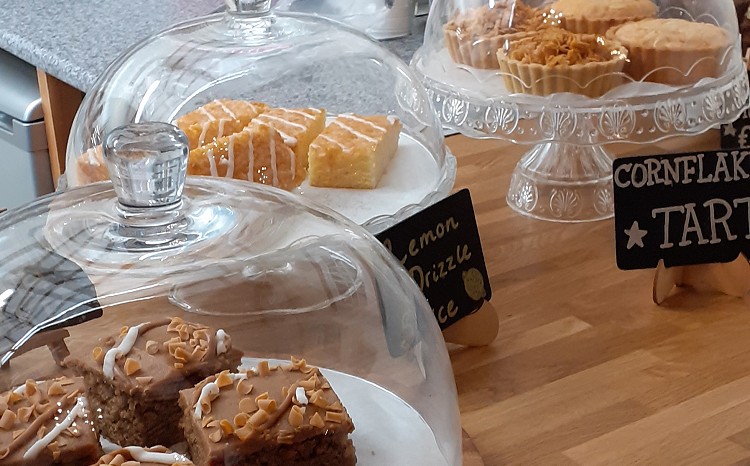 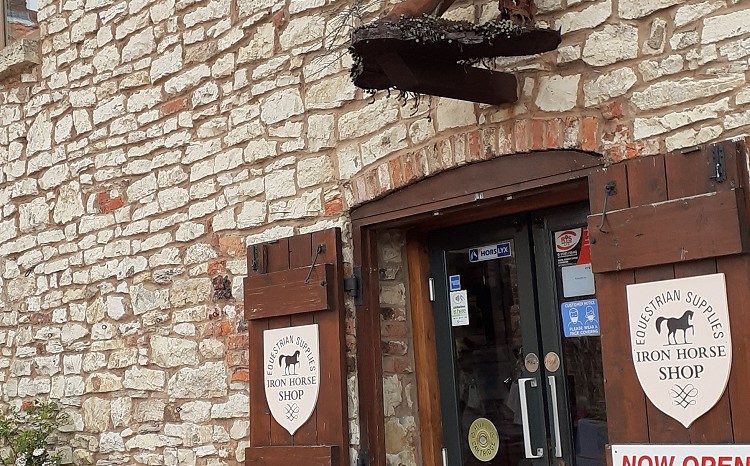