When the weather forecast says “feels like 6°” you know it’s not going to be your normal August bank holiday weekend ride so it was on with long sleeved top, base layer and woolly gloves for a Tickhill Velo red ride.

I was pleased to see I wasn’t the only wuss as most had opted for a variety of kit from the winter draw. 10 red riders and 4 blue riders this morning who, in the absence of Mr Crapper & Mr Lowe were having a debate about who would be Ride Leader. The Red riders had a Leader and after a bit of bubble shuffling set off for a trip to Wards of Troway via the “Hard way”

Due to injury and lethargy both bubbles were designated slow but with Catherine, Jon and Pete in it one was always going to be faster than the other as Adrian was to find out. Out of Tickhill and through Harworth it became apparent that we either had a tail wind or I’d had three Weetabix as the Strava medals racked up and a comment “thought this was a slow bubble” came from behind. Point taken normal service was resumed as the route turned slightly uphill from Blythe to Worksop.

From Worksop the route continued up hill so it was inevitable that the second slow bubble showed their true colours, over took the lead slow bubble with a “we’ll see you at the café” and disappeared up the road. Though Shireoaks, Thorpe Salvin and Harthill, Rob took the lead maintaining the Strava medal hunt and allowed me to have a chat to Jenny about fostering of two baby hedgehogs over next weekend while I’m away, Jenny was all for it, just needed to mention it to Pete at the café!

After Harthill we covered the roller coaster roads into Spinkhill and an “on the drops” decent to Renishaw and ultimately Eckington where the “Hard way” in the ride title became apparent as we started a steady 3 mile climb up Marsh Lane with Mick and Rob on the front and after a few false summits we reaching the top and turning right onto Eckington Road heading for The café at Troway.

Rolling into the farmyard the fast bubble was conspicuous by their absence and as we hadn’t passed them we discounted a mechanical, more likely Pete adding miles and hills on to the planned route. 5 minutes later, in they came with Adrian looking like he wished he’d stayed with the slow bubble.

The Covid pandemic has forced businesses and cafes to adapt their operations but being a small outfit Wards were limited by their size and have moved to outdoor seating. This wasn’t the main issue, slow service and a monster queue to pay and outside toilet facilities all added up to the conclusion we’d scratch this one until restrictions were fully lifted. We didn’t have a great café experience, only 5/10 on the scone-o-meter, but Karl perhaps had the worse after parking his bike up against a door which was later opened from inside tipping his bike into the farmyard! Fortunately, no damage done other than a displaced bar end plug.

Food consumed, bills paid (eventually)  we left the café and climbed out of the valley, a cruel way to exit a café, and began another Stravafest decent through Wet Handley and Nether Handley to arrive in Staveley a bit warmer than we were leaving the café. Staveley to Barlborough was another 3 mile climb, not quite as bad as the climb though Eckington but still a test 40 miles into the ride, well a test for me!

A brief regroup at Barlborough, no sign of the fast bubble who were well down the road we headed for Harthill and the right turn to Kiveton Station but Karl, on the front, took the longer option of Kiveton Bridge first which at least gave us a rolling start on Jenny’s favourite hill, Dog Kennel Lane into South Anston.

At Anston there were approx.. 10 miles left to Tickhill but 100m to the ride leaders house so despite being a dedicated club rider I bailed here leaving the others to make their way back to base and as there has been nothing on the news I assume they made it 😊

Chapeaus: Mick and Rob for Dragging us up the hills, Jenny for volunteering to look after my hedgehogs while I’m away! 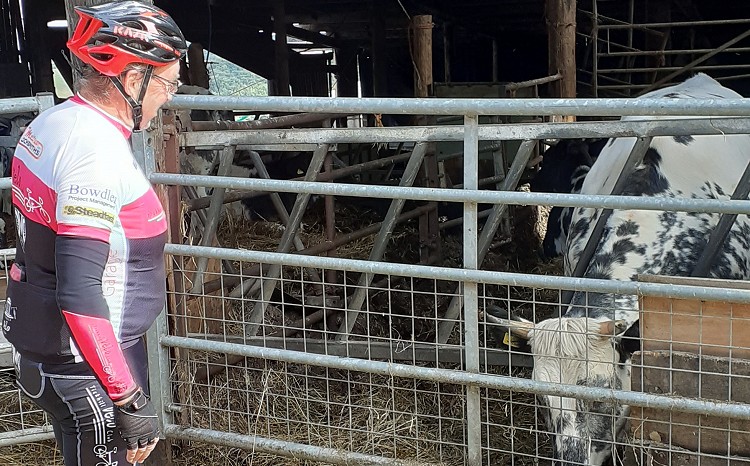