It’s a been a while since we rode out to visit Wards café at Troway and while there are differing routes to choose from, we chose to do it the hard way and do it in reverse! Obviously when I say in reverse I don’t mean backwards, I meant clockwise rather than anticlockwise as normal. This was purely for variety and nothing to do with the reverse route passing my house allowing me to bail early! The forecast was for sunshine and no rain, but we were in for a stiff southerly breeze which should be of assistance on the return leg. 14 riders signed in a busy Cricket club where Red & Blue riders mingled with cricketers, but it was easy to tell who was who, the cricketers were all wearing funny clothes & hats. 14 riders called for 2 bubbles and as Pete had the route on his Garmin and he’s quick, he was nominated fast bubble captain. I was nominated comfort bubble leader as I’m slower, Mick the Hoover took up lantern rouge position as usual and with everyone briefed on the route and allocated to a bubble we rolled out of Tickhill. The outbound route took us through Oldcotes, Langold and Carlton, always trying to catch the fast bubble but never seriously looking like crossing the gap. The next port of call was Shireoaks requiring a bit of concentration around the roundabouts and dual carriage way but there were no dramas other than the headwind which seemed to be perpetually in our face despite changes in direction and 90° turns. The event blurb had promised some hills and, apart from Malpass on the way out of Tickhill, this is where the climbing started. Nothing to make Mick the Hoover sweat but a heart rate raiser for the rest of us until the outskirts of Harthill where we enjoyed a little downhill section. Left then right in Harthill for the roller coaster road through Woodhall and up in to the appropriately named High Moor, Killamarsh. Another descent through Spinkhill and a fastish ride passed the golf club brought us to the bottom of Marsh Lane in Eckington where we were about to start a 3-mile climb to the café. Ok not on the top one hundred climbs, more of a long frag with a couple of false summits but before long we arrived at the real summit and turned right to descend into Troway and waiting coffee and cakes. As we arrived the fast bubble had been waiting to be served for nearly 30 minutes which didn’t bode well for a quick turn round but, following a trip inside, we found out you had to go inside to order! Doh, schoolboy café error. Orders finally placed a variety of cakes, sausage & bacon butties were brought to the table and consumed in record time. The fast bubble being fast finished first and departed leaving us to finish at a more leisurely pace, less chance of indigestion. Departing the café was a bit of a shock, straight out the gate and up a hill, might have to rethink this reverse route through a bit. But there was a promised lengthy descent through picturesque villages into Staveley to look forward to. However, bit of a route planning faux pas, the reversed route took us the non-scenic, industrial heritage, back door route into Staveley. Well at least I got the down hill part right. So now faced with a surprise hill to climb we began our return journey up through Barlborough and onto Harthill, turning right at the church to trace our steps but only as far as Manor road where we turned left for Kiveton Station and Jenny’s favourite hill, Dog Kennel Lane. Once in South Anston we took a minor detour to avoid The Baulk, a climb from South to North Anston and opted for a quieter back road. Still the same climb but less traffic which is always good. So here we were in North Anston and about to ride past my house, so being a true TVC stalwart and supportive ride leader ……….. I made sure the remaining riders knew the way back to Tickhill and waved them off as Nathan and I turned into our street 😊 What? We did the North Anston to Tickhill leg earlier on the ride in this morning. I windy ride but an enjoyable ride once it was over, looking forward to the next one. Chapeau to all who turned out. Martin. 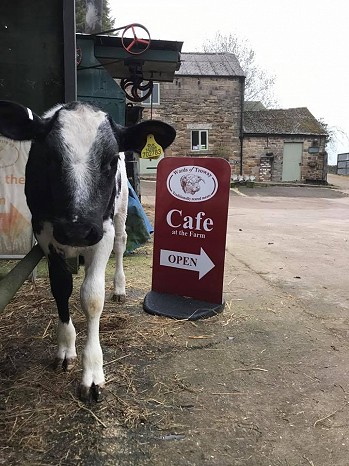 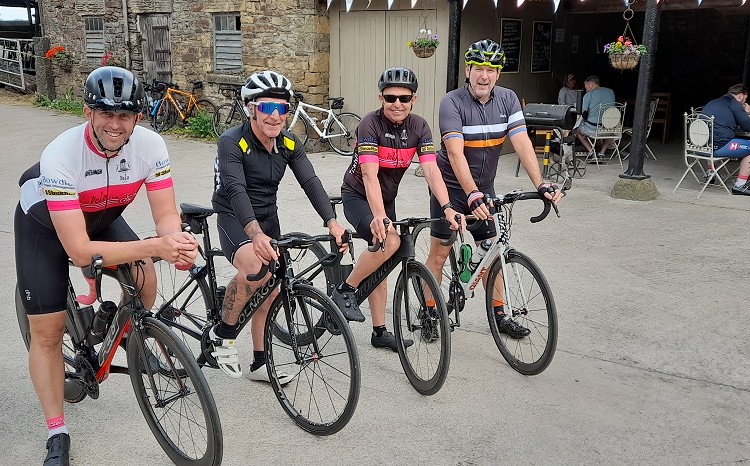 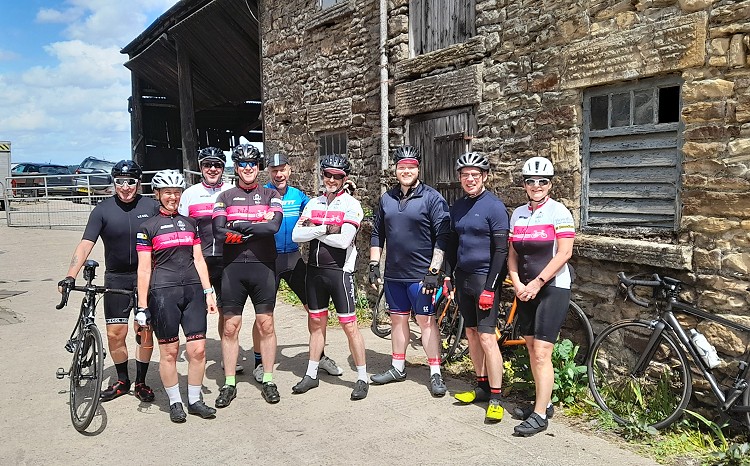