TVC Red Ride (A Squadron) to the Sandtoft Aerodrome/Happy Café

After a busy week of planning by the TVC command, Blue Riders & A & B Red Squadron took off in separate aircraft on a sortie to the Sandtoft Aerodrome (codename Happy Café).

A Squadron's flight path began with a swoop over Harworth then onto Ranskill, Mattersey, Clayworth, Gringley, Walkeringham & into a fairly strong headwind passing over the small villages alongside the west side of the River Trent before heading due west to the target via Beltoft & Belton. Throughout the flight, Rocket Rob had insisted that his crew maintain supersonic speeds in order to touch down first, however it seems that the Blue Riders must have flown at Mach 2 as they had already landed & had invaded the NAAFI. B Squadron soon joined them & misleading information in the form of photographs were posted on the TVC FB page. Photos, which could quite easily fall into enemy hands.

After the demolition of respective nose bags was complete, A Squadron set off for home via Idle Bank, Westwoodside, Misson & Bawtry. On the approach to Blaxton, Nick Kay had pealed off towards base, leaving 4 to ride in a tight formation as far as Harworth. There, Rocket Rob, Robert & Jon flew directly home, leaving yours truly as the last one airborne on the short flight back to Tickhill.

The TVC exercise had proved to be a resounding success & it was plane to see that the entire crew had had a jolly good time.

However later that day it was discovered that photos had indeed fallen into enemy hands, bringing the lads & lasses back down to earth with a bump. Not to worry as later negotiations with the enemy proved fruitful & a ceasefire was agreed.

**Important update** as some of the crew had had little flying time since lockdown surprisingly but thankfully, there were no reports of wear & tear on the undercarriage 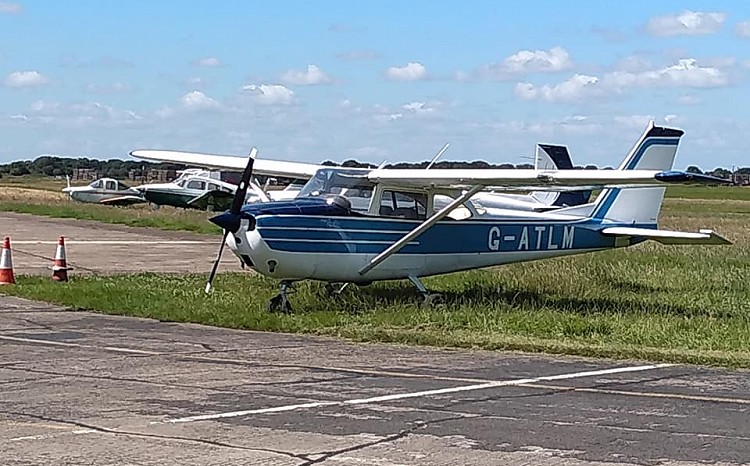