The day started early for some. We each mostly have a routine and pretty much stick to it arriving at the cricket club raring to go.

I check my tyres the night before, lube if necessary - the bike not me - I still have half an inch of dodgy deodorant to use! And on the morning, breakfast and away. No Alcohol just go! Others more competent in bike repairs maybe do a bit of tinkering beforehand. Take Nick for instance. I know I haven’t told you who the riders were but I’ll get there.

Nick decided to ring me whilst I only had one shoe on - don’t know if he knew - did I have a magic spanner? Was he at home, in a ditch doing repairs? No he was at the cricket club. So spanner in my pocket I arrived at the cricket club and the riders were Nick Kay, Denise Motley, me, Martin Crapper, Mick Lee and Rob Drohan. One other not to be mentioned failed to get up in time or we would have been 6.

So Nick having had his chain off the day before cycled in from Westwood side with his rear mech assembled wrongly - took 14 miles to work it out and another 10 or 15 oil filled minutes, with the spanner, to remove his chain rebuild the mech and finally get the oil off his hands. We were a bit late setting off! In future if you need bike repairs remember LBS, the name is on your kit!

We headed along Sunderland Street, into Bawtry with few to no cars to get in the way of (or vice versa). Left at the Buttercross and then out towards Austerfield and enjoying ourselves as it was turning out to be a warm day with not much wind, We seemed to get to Misson very quickly with Rob and Denise bringing up the rear. The breeze was noticeable but not worrying and it was going to be behind us on the way home - for those who were returning to Tickhill anyway. We made our way along stopping for a chat on Spring Road - no need to regroup we were all together!

Once on our way again we reached the B1396 (Sanderson’s Bank) and turned right with very little traffic and then right again towards what used to be the Park Drain Hotel. Only a little head wind but a very long road and I guess we were pleased to get to the end and turn left towards Graiselound. Its a little while since I last went to Shepherds Place and things regrettably had changed. Great if you want a fry up, great if you want a choice of 20 flavours of Ice cream, not so good if you want a decent coffee, theirs comes in a sachet, and really really bad if you want a scone (or any kind of a bun). It was a long wait but we didn’t notice there was too much fun to be had in guessing what might arrive. Apart from Rob and Mick who had ice cream! I ordered first so obviously got served last.

Once done we saddled up and set off; Nick went immediately right out of the gate whilst we went left. He was going to put a few more miles in along the Trent. We now four set off towards Westwoodside and Rob’s Aunt (he was going to stop there and pay a social visit he didn’t invite us even though she probably had scones) whilst we, then to be 3, were going on the official route! Having left Rob we had an uneventful ride through Wroot and Finningley and along the long and windy road towards Austerfield.

With no scone inside me I ran out of energy (there’s a lesson there for me at least) and we stopped in a lay-by. We had only been there a few minutes when Paul Russell road up to us and crossed over for a chat. We spent quite a while before finally setting off again. Uneventful almost ended in Austerfield. Two young lads on mountain bikes were chatting on the footpath and with about 10 feet to go decided to set off across the road without looking. How we missed them I don’t know. They were white -nothing to do with race or ethnicity just pure shock in realising how close we missed them. Had we been in an electric car they were gonners!

Mick left us to go home in Bawtry and then down to two we headed up the hill to Tickhill. It had been a good easy ride in good company, thanks everybody. 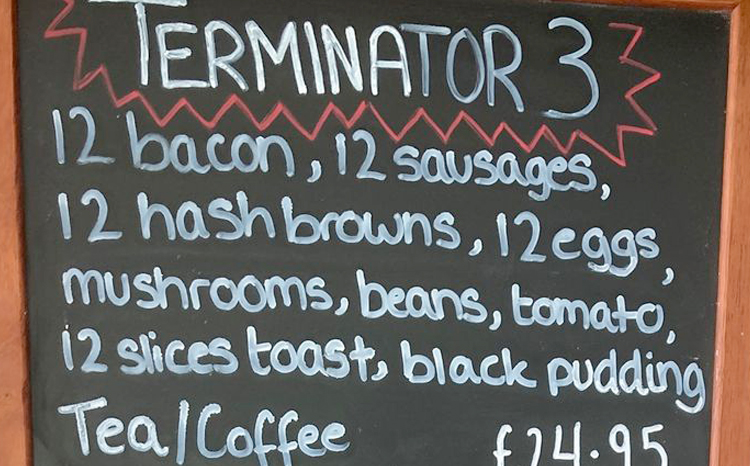