We three, Pete, Denise Motley and me, Martin Crapper didn’t quite leave the cricket club before the rain started so it was a trio of cyclists in cycling style so’westers who headed out.

It was raining over in parts of North Lincs, a day to stay in bed! But not for Pete Hanks who cycled over to meet the blue team at the cricket club. He was one of the three to pedal away on what turned out to be a really enjoyable ride. It wasn’t raining when I set off but then my cycling in distance wouldn’t see me wet even if it poured down.

We three, Pete, Denise Motley and me, Martin Crapper didn’t quite leave the cricket club before the rain started so it was a trio of cyclists in cycling style so’westers who headed out.

The roads were quiet, damp admittedly, and we made our way through Harworth and along to Serlby where puddles were as wide as the road. But it was proper English rain, warm and friendly - you know the stuff. We continued along to Ranskill, over the railway bridge and into Mattersey.

Still raining but we were still chatting and honestly you could ignore the rain.

On through Sutton over the main road and timed our arrival at the level crossing to perfection. The second of two trains had just passed and the barriers lifted just in time.

We turned left towards Retford and then right just before the roundabout and right again to follow the road into the main square. Well I did - Pete and Denise turned right and cam into the back corner of the square. We arrived together as chairs and tables were being put out under the canopy of the Ten Green Bottles. There were two others inside leaving us with plenty of choice for tables. And with no backlog service was pretty quick.

We had to leave eventually and opted for a variation of the route suggested by Pete to avoid the temporary lights seemingly spreading in Retford. This new route was quieter, easier and interesting bringing us round to Clarborough to rejoin the planned route.

I began to realise that Denise was pulling me along and being me I let her do it!

Back in Ranskill and rain jacket off again we continued - it was happily warm and if it rained again I was leaving the damn thing off!

But it didn’t rain and we had a pleasant ride through Serlby park resting at the main road ( I needed the rest) before heading up the hill towards Harworth. I was pleased Denise could quite remember the route because that meant she had to wait for me to catch up!

From that point it was 4.25 miles back to the cricket club where we had a brief chat before making off to wherever home was! 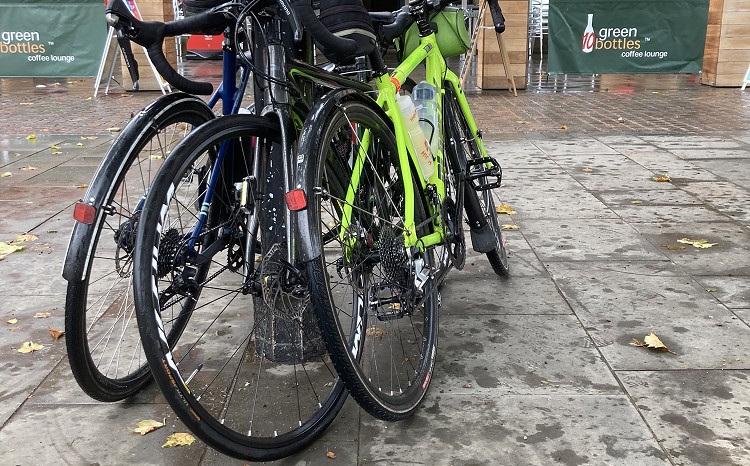 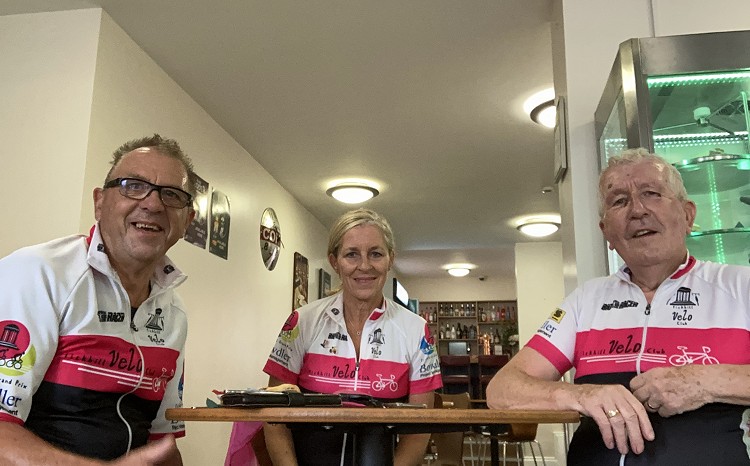